Disquiet are condemning you to many hours of unrest! 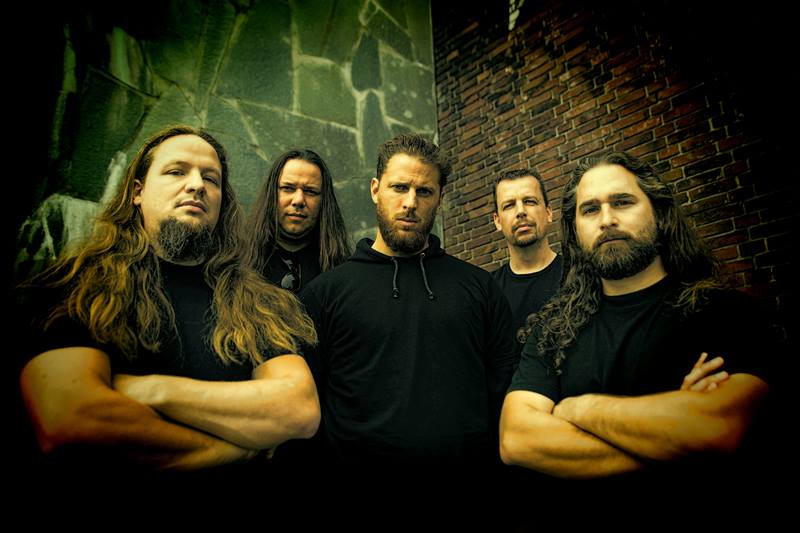 Disquiet are a band that will piss off you neighbours, a band that sees many influences combined and the resulting album ‘The Condemnation’, this blew me away when I first reviewed it. Since that moment, I got the chance to get some questions answered by guitarist Menno Ruijzendaal, here is what was said!

First of all, thanks for taking the time to chat with us. I was mighty impressed with ‘The Condemnation’ album, I assume the response has been generally positive from other sources and what is the best quote you have read?
We have read some good quotes but one of the best was in de Aardschok who stated that The Condemnation could possible go for best Dutch thrash-album ever!

How long did the writing and recording process take?
The writing may have taken about two years because we don’t really sit down to write new stuff, it comes along during practicing and jamming. The recording has taken about six months or so

Has Frank van Boven (bass) joining the band changed the song writing process?
Not really, Frank joined us after The Condemnation was released and we haven’t been writing any new material yet. But when we start writing I’m sure Frank will put his stamp on the new material

Have you changed anything in terms of your recording technique between ‘The Condemnation’ and that of ‘Scars…’?
The thing that was certainly different from the ‘Scars…’ album was the recording of the guitars. For ‘Scars of Undying Grief’ we sat down for a week at Tomster Project Studio and recorded everything at his place, using several amps and combined these sounds to get the sound we were looking for. For ‘The Condemnation’ we have recorded all the guitars, including solo’s at my place, send the recordings over to Tomster who then re-amped the lot and turned it into a massive wall of sound !

Where does your inspiration comes from for the lyrics? Is there a particular subject matter you feel Disquiet deals with?
Mainly our singer Sean and former bassplayer Koen Romeijn are responsible for the lyrics. I think the best way to describe the lyrics in general is the moral decay of mankind. For instance ‘Haul Down the Tree of Life’ deals with the greed that corrupts people so badly, they would give up anything, even the essence of life, just to get more money and power

What is the concept behind the albums artwork?
Simply said, what comes around goes around. If you fold the three sides together you can see the archer shooting an arrow which finally hits him in his own back.  That’s also that the song ‘The Condemnation’ is about, karma sort to say.  In the end you will be treated the way you treat others

What is your usual “set up” in terms of effects, amps, pickups etc., thus enabling the rich heavy sound you guys produce?
We have been using valve amps for quite some time now. In the past we’ve used digital distortions like the Boss GT-8 multi-effects, but there is nothing like the sound of some roaring valve amps!
I myself uses the Hughes & Kettner Coreblade, it’s midi controlled and comes with all the effects I need already in the amp. Fabian uses the Marshall JVM410 and for his effects he uses the G-Major.
Both of us uses Jackson USA and Custom shop guitars, especially live these are real monsters!! 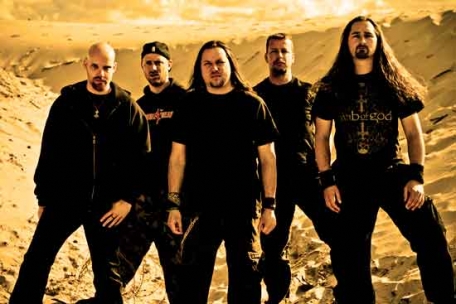 Which bands/artists do you aspire to me like or be on level/higher terms with in your own style?
Oh wow quite some actually. I would say obviously we like Arch Enemy and Testament. But also bands like Dream Theater, At The Gates, Whitechapel etc. We all like metal in general but our singer is more into hardcore, I’m more into progressive and melodic stuff, Arthur ( drummer ) is more into rhythmic etc, so that’s probably one of the reasons for our diverse sound.

It’s quite refreshing to hear your music, as it doesn’t fit the “usual” categorisation that most seem to like to place upon any band or artist. How would you describe your style if at all you wish to describe of course!?
That’s hard haha, we started out as an old school thrash band, playing as fast as we could, but I think now our music would best be described as modern melodic thrash-death.

Was there any reason for a long break between recordings? You were quite busy establishing your name I have read, with appearances at Wacken in 2012 for example.
Well yes we took our time to enjoy all the things that came with the release of Scars, like Wacken and doing a gig in Suriname! And like I said we weren’t really focussing on writingprocess, just when somebody had an idea we would jam along and see what would come out of it.

Speaking earlier of Wacken, how was that? Are you a regular at that festival? My last attendance was over 10 years ago so I guess lots of things have changed!
Wacken has always been on our list to attend but somehow we always ended up at Graspop hahaha.
So when we had the opportunity to play ay Wacken, pfff that was just like a dream come true !
I think it’s safe to say it’s the best experience we had up till now! The crew is amazing, they treat you like a real rockstar hahaha and the crowd was awesome as well!

Is there a band you have toured with that needs a particular mention or were just really cool with Disquiet?
We played at Dong Open Air in Germany with amongst others Annihilator and Arch Enemy and we must say they are such nice people to hang out with, especially Jeff Waters is a great guy ! He is really having fun in playing and fooling around backstage.

Is there a mission or wish list of artists to play with for the band?
Well since one of our heroes are obviously Testament and Arch Enemy (especially now Jeff Loomis has joined them) that would be a great honour.

Are there any touring plans in support of ‘The Condemnation’ coming soon?
Since we all have dayjobs and family it will be a bit hard to do an extensive tour. We have just finished a short UK tour and we are looking into some new short tours during summer. So for now we aim mostly for the weekends !

Do you read, do gaming, etc, what would your top three choices of games, books be?
Nah I’m not really into gaming, I do read every now and then but can’t name you my top three. I ‘d say I like fantasy like Stephen King and fiction like the early Dan Brown and James Rollins

As a closing remark, what is your mission statement? Everyone should buy ‘The Condemnation’ of course!
We have three rules,
rule one: bang your head
rule two: mosh like a maniac
rule three:  for that one you should come out and check one of our shows
Band: https://www.facebook.com/disquietofficial
Interviewer: twansibon
Mar 19, 2016
Next interview: Always something new to learn for Alewar