Norway black metal rockers, 1349, gave listeners quite a shock with their album "Revelations Of The Black Flame". Many fans were not expecting the slow, ambient passages that broke up the album amongst the blistering music they were used to, and the fanbase was divided. For those who hated the ambient parts, I'm sorry to say that "Demonoir" has not done away with them; only improved them. For those who really thought the ambiance added a new, enjoyable atmosphere amongst the usually breakneck drumming and furious guitar assault, this album will probably sit just find with your earhole.

"Demonoir" is broken up into thirteen tracks -the Satanic sacred number so they say- and follows the very simple fashion of "ambient track, then black metal track, ambient track, black metal track..." and so on and so forth. The ambient parts (all aptly titled "Tunnel Of Set") however are varied in many different styles as opposed to how the ambiance was handled on the previous album, "Revelations Of The Black Flame". There's the drone industrial buzzing, acoustic guitar, creepy music box plinking, and other industrial crashing and moaning that could probably be skipped. Thankfully, each "Tunnel Of Set" section is barely a minute long before settling back into the longer, heavier black metal influenced tracks.

The black metal itself on the album is handled very well in the usual 1349 fashion with a few more stylistic changes. Tracks like "When I Was Flesh" and "Pandemonium War Bells" herald to the faster paced music most 1349 fans would be used to. Ravn's vocals are still as venomous as ever, though he tries a few other styles aside from screeching such as an echoing rasp or a low twisted speech pattern that resembles some of the work done by Deathspell Omega. Guitarist Archaon still knows how to get in his licks as fast as possible, and pulls off a few nice solos as well in combination with bass guitarist Seidemann. Most notably, drummer Frost of Satyricon fame hasn't lost his touch at beating away on the kit, but he's also incorporating what could be called some "black rock n' roll" pounding in there as well; just a little slower and more rhythmic. "Atomic Chapel" and "Demonoir" are good examples of this; still heavy but not constantly a sonic assault.

With "Demonoir" it is clear of the direction that 1349 is going to go in. There's even a hint or two on the album that the band may start incorporating the ambient touches into the black metal songs themselves rather than just keep them as separate tracks. On "Devil Of The Desert" there's a piano outro that serves the track very well, and would have even served as a nice interlude in the middle of the song. For people who are not used to 1349, this is probably the best album you can grab by the band as it showcases a stable balance between the extreme black metal side and also the more experimental side. 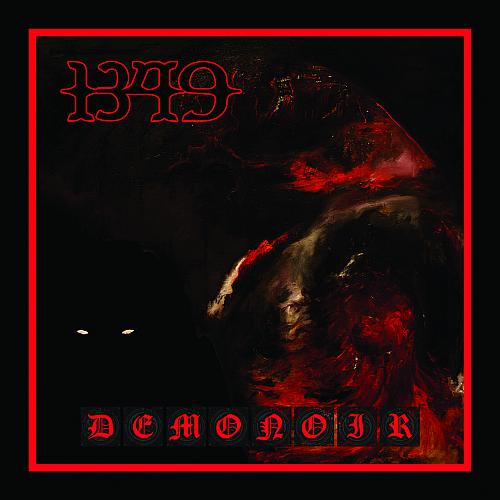 Indie Recordings
Reviewer: Colin McNamara
Mar 27, 2010
Next review: At The Gates - The Flames Of The End