The sophomore effort from Swiss based 23rd Degree Of Evil continues down the path of a thought provoking album with 'Bad Men Do What Good Men Dream.' It's heavy, aggressive, but also highly melodic, bordering between Melodic Death Metal, Thrash, and Groove. Rather than follow the typical old school Slayer focused approach, 23rd Degree aims to make their sound as un-typical as possible. Sure there are a few Thrash limited tracks here such as "Lullaby For The Weak," but overall there is a lot more going on here. Right from the opening "Not Guilty..." the album prepares one for something different; the recorded samples of murderers and other evils spoken in the courtroom amongst other places are just a prequel. Surprisingly enough, the album doesn't delve that far into the depraved. Instead, it opts for a rather energetic Melodic Death Metal charged riffing with "Blinded By Confidence" mixed with a hybrid of Death-Thrash growling. The following "I Am Your God" is more groove charged and driven into the Heavy Metal vein which also populates a lot of other tracks like "You Don't Know Me" and the closing "23."

One thing 23rd Degree Of Evil also does to vary up their music is throw in clean vocals, turning their Thrash attack almost into a sort of Alt. Metal at times. The title track sounds almost too melodic at times for listeners to really think they are hearing the same band, especially during the chorus which through the backing chorus it feels almost like Power Metal. "You Don't Know Me" uses a lulling bridge in between the barking verses and overall the entire musical ensemble sounds a bit like modern In Flames, which also shifted from Melodic Death Metal towards more of an Alt. Metal formula within the recent years. Still, while Thrash purists may sneer at how 23rd Degree will possibly devolve into a future album that sounds mostly of tracks like this, for now listeners can say that 'Bad Men...' is definitely a strong effort, if not better than their debut. The tracks are solid, the sound is never the same on two tracks, and everything hits hard the way Thrash Metal should with a tasteful approach. 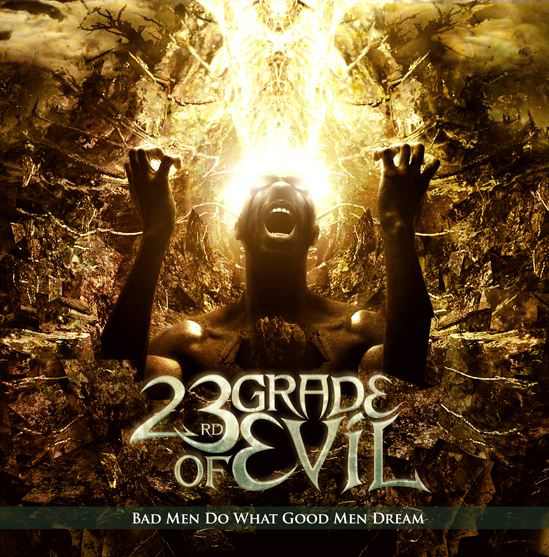