Into The Abyss – begins with rain drops and haunting melodic strings that fluctuate to a gradual build-up of atmospheric grandeur, and really whet’s the appetite for what is about to unfold.

Lost Eternity – as expected this track rages beyond any doubt to reveal a strong presence with harsh unyielding vocal attack, rampaging frets and colossal beats.

Deaf – explodes with superb strings that dance with extreme imagination to a flurry of drum beats. Vocally extravagant offering harsh and clean vocal which really kicks the track to life.

Unvoiced – the title track from the album is a bonanza of unmerciful brutality, but running through its core is a strong melodic vein. Feverishly running away with itself to kick ass in no uncertain terms.

Nightmare At The Fields – takes on a more sophisticated approach with sparse haunting strings and a clean vocal. Furthering on in the track things turn a corner and catches a brief glimpse of brutality before it slows its pace again.

Memories Of Lies – is another rampaging track that pulverises with uncompromising lures and swings into action with vigour however it does show a slightly weaker point further on but this is redeemed with a hearty arousing of vocal slaying.

Despaired – takes on a slower paced amble of atmospherics before turning into a bludgeoning fierce infusion of powerful riffs and intimidating rhythms.

Not That Day – powers into view with a legion of riffs that catapult the track into oblivion. The vocal dexterity is prevalent and uncompromising to say the least as the battering ram is hurled at the audial, however it is let down with a slightly off kilter weaker vocal during the chorus.

Point Of View – confrontational riffs antagonise with hard bass and a colossal magnitude of beats that sweep through the mix with ease and offer some great melodic hues.

Schwester Rabiata – holds a supersonic sway of madness that will penetrate the darkest of souls as it ravages with its addictive prowess and boisterous rhythms. Certainly a great track to finish on!

Summary
There is a lot to keep one occupied on this album. The vocals although amazing in their harshest form can become weak in cleaner moments which is a shame as the music hits like a hurricane of driving power and ferocity.

It certainly keeps you engaged for the most part, whetting the appetite and showing its cantankerous nature that the band can certainly be proud of. 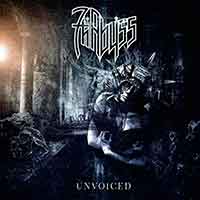