This time is the turn of a German brutal death metal band which is Abrasive. They're active since 1999. Their last album "Edge Of Darkness" is their sixth full-length album released few days ago via Rebirth The Metal Productions on CDs and digital platforms.

By the way, from the beginning of the first track, you can hear and feel the old school style of BDM and sludgy mixing and mastering which was so common in this genres in 90s DM bands. Actually if you're looking for modern sounds and so on, go to your next folder and forget about this album.

'Puppet Face' is a normal track in BDM genre. Elements are good and familiar. I bet you've heard stuff like this before. Vocal is not enough. In my opinion that's because of the sound engineering. The mix-man didn't choose a good effect for it. you can hear the vocalist is nagging on some sections. Second track, 'Reborn' has a great intro and riffs. Down tempo parts are trying to bring you hell and they've been the winner of this war. From 2:06 is blasting your balls section. It's time to see the whore devil. Change tempo and riffs are fantastic. This track is my favorite track of the album till now.

Track 5, blasting intro is drilling your brain. Distorted playing notes, chaos and nervous riffs are good and head banging. This track is another favorite track for me. Vocal is really sucks. Vocalist has ruined the album by the real meaning of the words… growl pig style is like a 14 years old boy who is trying to be tough.

'Innocence' is the sixth track of the album. Great drums line and nice riffs are included in this song. Anything else is the same as the other tracks… (I'm tired of this album). Track 7, vocal's line is showing that it doesn't have any specific plans for the song. It's going on the accident. I mean he sang whatever happened during recording. Solo is awful but rhythm guitar, bass and drums are doing their jobs.

'Bizarre' is another mass. It's like you are listening to a heavy metal song that the composer tried to use high-gain guitars and blast beats. Repetitive notes and same style just like the other songs. It's just wasting time. Track 9 has some good riffs and drums but other elements are not at all. 'Emptiness' is the last track and it's the outro of the album.

Generally, guitars were normal. I give the whole album 30 of 100 for guitars. Bass and drums the same. Vocalist 0 of 100. Mixing and mastering 15 of 100. Technically I didn't like the album at all except track 2 which was hearable. I give them 1.5 of 5 and wish them the best with all due respect.

In my opinion if you want to work old school style, you should work on something new to bring and mix it with the new wave. If you want to play something like the old bands, people will listen to them which are completely much better and adorable. 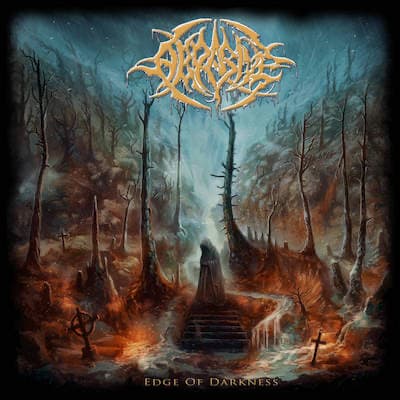