First official album for Autophagy, old school death metal band from Portland, Oregon. After a first demo dated 2018, year of formation of the band, this "Bacteriophage" arrives under Pulverised Records, an excellent business card for this band.

Not entirely unknown in the musical field, among the ranks of Autophagy we see a certain Adam Wheeler who the most knowledgeable will remember as the former guitarist of Ritual Necromancy.

At this point it is easy to imagine what to expect from this work, 9 very heavy tracks for 34 minutes of rotten death metal with doom veins.

"Bacteriophage" is undoubtedly a good album, difficult to be able to stand out when it comes to certain sounds but the four guys from Portland have put all their experience and musical influences into this work.

'Infernal Miasma' does nothing but prepare us for the beginning of the dances that will soon begin in all their evil with 'Abhorrent Abomination'.

Each song is a succession of very heavy riffs driven by that fantastic Swedish sound that in the 90s dictated the law almost everywhere.

There are no virtuosities or experiments here. The title track itself is a warning to those who want to continue listening to the rest of the album ... until the final 'Dawn Of The Endless Plague'.

Difficult as I said before to be able to make a qualitative leap in this genre. The canons are well defined and this album certainly does not cry out for a miracle. But on their side, the Autophagy go straight and straight all the way, until the target has been hit. Nothing to say about the songwriting of the pieces. Rhythm section and guitars build according to already known clichés an excellent structure where to master a guttural and infernal voice.

I'm not a fan of the genre, but the album is passed with (almost) full marks. 90s death metal lovers step forward! 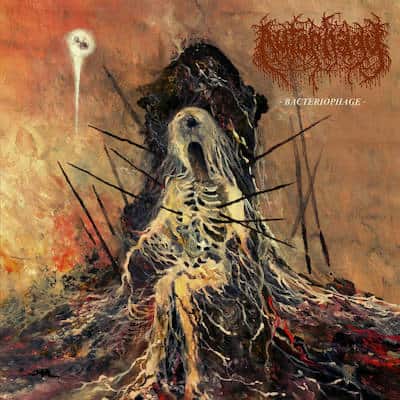