Totally in your face this fourth album by Brute, death metal band from Slovakia. "Essence Of Tyranny" comes 5 years after that "Henchmen" who was so successful in his homeland.

In all 8 songs on this album there is not a moment of respite or signs of weakness. The Brute machine aims to hit the listener in the face without leaving him a way out. We start by warming up with the intro of the opener 'Splintered'. A few minutes of warm-up and off to a whirlwind wall of death that will keep us company for the duration of the album. Every now and then we add pieces in clear technical death style, already present in the second track 'Sated By Domination' which give the structure of the song even more mood and variety.

'Torturous Presence' back strongly to push under the furious drum programming. Very tight riffs and a powerful voice to create a set of brutality. Also in 'Greatest Pain' are again those influences so dear to the various technical groups even if this song also has a strong catchy characteristic.

'Disheartening Temptation' starts with an approach that reminds us of the good old Deaths to immediately move on to riffing at the limit of brutal / slam. Tempo changes and the insertion of bass tapping parts only add depth to this song.

Absolutely prestigious album, better than many works released by better known bands or sub majors. Full marks for this breath of fresh air in the death metal field. 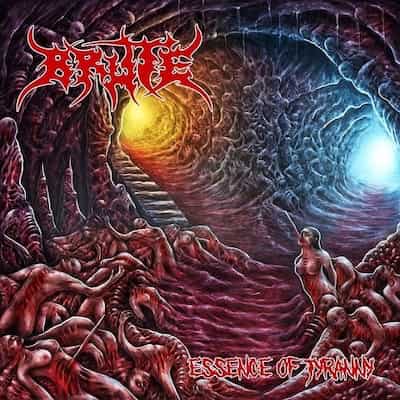