Cyphonism is a band from Wolfsburg, Germany, that plays death metal influenced by modern styles of the genre and with touches of classic death metal. Formed in 2011, in 2014 they made their debut with EP “Cyphonism”, with good reviews, maybe darker than the following works. In 2016, and after some changes in the line up, came their debut album “Obsidian Nothingness”, where we could see a change in the evolution of the band, with more modern style, and different vocal style and skills. Well, that evolution continues with this second album “Cosmic Voidance”, by Black Sunset label, they have got their sound and have tightened the nut a little more, and polished it. The album was mixed and mastered by Aljoscha Töpel at Konstrukted Audio and the conceptual artwork was done by Jakhangir Zeynalov and guitarist Julian Müller. And you all can get it on May 13th.

Songs are heavy, overwhelming and sharp, combining both technique and brutality, in the way of modern death metal, you can remind bands like Aborted or Cryptopsy, well ok, it is not the same style strictly speaking and they are not the same generation of death metal, but they and others put the foundations of the genre of nowdays. Also with groove parts and deathcore, it is the evolution of metal and death metal now.

There are also quiet parts in 'Eternal Winter', one of the better tracks, or 'Plague River'. The general line of tracks is brutal, fast and direct. The music of Cyphonism is for playing live, you know there are bands of studio and bands of gig, this is the second in my opinion. And I have to say that in studio they do perfect, in gigs they will do better, for sure, without rest.

Structures of songs are pretty good, in this album only two tracks pass 4 minutes, so you have ten intense death metal episodes to enjoy.

On their Facebook page they announce the incorporation of a drummer, so maybe that have got a compete lineup for touring and play festivals in next dates. This band is called to have a big name in the future tours and festivals, get it. 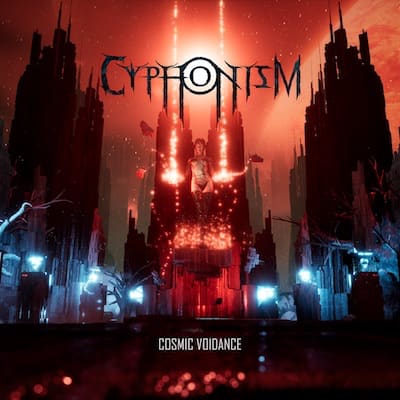