Well, after struggling with many issues, I'm back with another review. This one is for a French brutal death metal band called Dawohl. They're active since 2009 but they've released only an EP and this article is for their first full-length album which released in April via Dolorem Records that is a French records label.

Album includes eight tracks and as the routine, I'm gonna review all the tracks one by one.

First track is the intro of the album. Doomed atmosphere by tambourine, synthesizer, sound effects and etc. some kind of hell in the main part of your ears.

Second one, a pure BDM track which its goal is ruining your soul. Everything is good but the not the vox. It's not what I'm looking for. In my opinion it's not suits to the stuff. The vox is powerful but it's not what this track needs. Riffs, Bass line and the drummer are fantastic. I think it would be better that the vocalist sing in other style. These kinds of styles need to be like Morbid Angel's tracks in 90s or their 2011 album.

'Institutionalized Hatred' says why they've released their first album after about 13 years. It shows the years and years of rehearsal and listening music by the composer. Drummer is fabulous. Sound engineer and Mixing and Mastering are awesome.

Track Four is a Hell-Bringer. WOW… it's Fantastic. I can't say anything against it. a piece of Death Art. Everything is enough and tough to get straight to the promised Hell…

'Subjugation' is track five. I can get the meaning of name of the song by the sections, riffs and so one. It's suitable. A sweet dark piece of hell that you're looking from the horizontal line… The song makes you feel that you're in middle of the story. Breakdown and solo are excellent.

Track 6, is an immortal stuff. I can feel that I'm the hell-keeper. It gives you power. You can hear the bassist art and everything is great. On time silent notes, magnificent choosing parts, changing the sentences and the relations between them are phenomenal.

Track seven is some king of powwow with the devil and his followers as the favorite person of the devil. It shows that you're having the chance to show the world who's the boss and is one top.

The last track is a cover of another French death/thrash metal bands Mercyless. The song is called " I Vomit The World" from their album which released in 2013. This covered song sounds much modern than the original song but I like the vocalist's voice not Dawohl's. It's my taste. In my opinion if the Volume and style of the band was old school, the vocals would be a real mess.

Anyway, this is a fantastic album and I recommend this album to BDM fans. Good job and cheers. After months I've listened to a good and respectful album. Hope to hear of them. 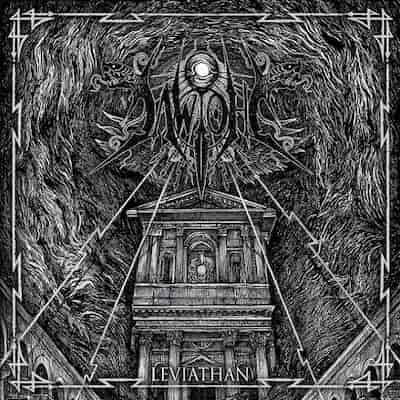