Harmoniaq - The Forest Of Torment

Harmoniaq are relatively new to the melodic death metal scene since 2017 without much groundwork under their belt, and “The Forest Of Torment” is their debut EP. Not quite in the progressive vein of melodeath think more older Insomnium for the somber guitar moments, a touch of Arch Enemy for the heavier, frantic ones, and a bit of Demonoid for the overall mid paced, churning skeleton that holds the music together. This album is very guitar and vocal driven as shown by the opening ‘The Forest Of Torment’ which features tons of groove, a fantastic introduction, and clear throaty growls layered with the higher pitched shrieks for a bit of All Shall Perish touch. As the album progresses we see a bit of the shift away from the somber bits with a track like ‘Warmageddon’ and a bit more straightforward melodeath approach like the more chugging Children of Bodom riffs but minus keyboards. Tracks like ‘Deathknell’ follow suite and while these tracks have a lot of groove, these Canadians seem to lose a bit of their grabbing melodeath tone in the process. Tracks like the opening seem to hold much more interest to the ear versus these because they come off a more groove laden death metal pieces versus melodeath altogether.

‘A Calamity Unforetold’ pushes things in a faster, more thrashier direction (think Sylosis), but despite this shift it still doesn’t seem like it holds up like the earlier part of the album. Drumming is certainly top notch here though. The closing ‘The Void’ adds in some progressive bass-y moments and a bit of ‘fantasy metal’ guitar work which is a bit more back in the more solid melodeath area of sound, but between this track and the first one they probably will stand out the most compared to the rest of the album. As far as what listeners can take away from the experience, the vocals seem the most stable on this EP; they never falter and keep their consistency. Guitarwork is a balance between melodeath moments, chunky thrash groove, and some straight up speed death metal along with the drum work, but those who are more used to the likes of Dark Tranquillity or newer In Flames will probably miss the progressive elements. However, those who like their melo death a little gritty and straightforward with harsh vocals all the way through, very little to no symphonics, and just a more ‘in the face attitude’ will appreciate the EP for what its worth, even if only a few songs end up standing out. 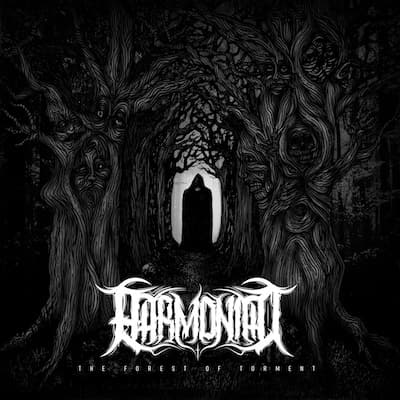 1. The Forest Of Torment
2. Warmageddon
3. Deathknell
4. A Calamity Unforetold
5. The Void