Herida Profunda - Power To The People

It’s been 9 years since their first self-titled album. Nine years filled with many live shows and split CDs with various monsters of the scene. At last though, the time has come for this Polish, grind/crust beast to unleash its full power for the second time. Second full length and it comes with the title “Power To The People”. Yep…you heard right! Herida Profunda serve the antifascist way of saying things. Antifascist in all their aspects.

And THIS IS HOW IT SHOULD BE!!! No intro samples… ”Power To The People” breaks the silence spitting rage at the poor listener’s face from the first second. Quick count till four on the snare and a grind outburst outmatched is what follows. Raging blastbeats upon fast guitar chords. Teared-up, grind shrieks covering the extent of the song following the drums beats, spitting curses against any form of oppression. The blasting rage, eases up in the middle, succeeded by the classic up-tempo crust beat until the end. Second track underway and the same pattern goes here as well. Alternations between blast beats and up-tempo, 4/4 grind/crust beats. This creates a drive you can’t avoid. Their swirl gets you man! You can feel the destructive force these tracks hide from the first track.

The hearing proceeds and you can already imagine yourself in a pit breaking your face in with other comrades listening to those Polish lunatics crash the stage. The only moments you can catch a breath are their mellow crusty moments here and there. Classic example of that is the last track in this one. 'Wasteland' is all into the depressive crusty side but you can’t find patches of this depressive-mellow side of them in many tracks, serving the good purpose of letting the listener catch a breath until they step their foot to the pedal again. 'Lie', '1.2.1.2 Pt 2' and 'Lunatics' are good examples of the above pattern. The album has a tremendous flow. The tracks are placed carefully succeeding one another without hesitation giving the idea of a continuum.

Tracks short in length and an album of 24 minutes in all will definitely have you listen to it again and again. The production here is exactly the way it should be. Great work in the mixing process, giving space to all the instruments and an even greater job in the mastering, making it loud but not shiny. Muddy as it should be, amplifying the ferociousness these tracks reek off! Herida Profunda have created their own manifesto here and I’m definitely with it. Lyrics denouncing fascism, xenophobia, racism and all kinds of oppression dressed with the proper noise to break you in half. Grind is protest and these fine gentlemen know it very well. I’ll raise my glass to them! 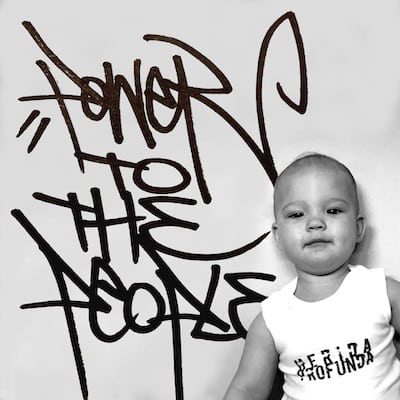