Possible Mortal Kombat obsessives, Kanine, deliver a unique blend of modern deathcore and death metal with a debut heavier than the planets above. The debut album "Karnage" opens with an eerie, static-like intro that blends into 'Furie' - the first track of many to squash the brains of its listener as the band bravely attempt their version on an overdone genre.

Breakdowns galore here, as Kanine rip through their nine tracks in less than half an hour. Delivering a monstrous Within Destruction meets Brand Of Sacrifice feel mainly throughout, yet also taking influence heavily from the hardcore and slam realms. The hardcore backbone is prominent in tracks such as 'Gangrene' and whereas 'Abysses' relies solely from the deathcore roots of Suicide Silence and As Blood Runs Black. Backed by a meaty production and raw, yet brutal album artwork, it seems the band are capable in knowing what it takes to push the extremity of the music they make.

For a debut album, Kanine have attracted a large following. Ultimately this isn't down to the band creating something revitalising and foreign, but the quality of said material is nothing short of blissful and exciting. The band have followed their peers, not quite copied but there are mirrored aspects in which are certainly in owe of their heroes, yet in more ways than ever Kanine do it just that little bit better. The album is a successful first punch that has potentially opened many doors for Kanine to explore next. Whether that be further down the tech, slam, core side of things, all of which wouldn't be alien for the band to expand on their crushing journey. 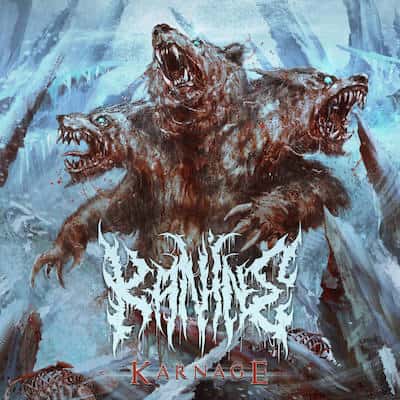