Ohio Slamboys, consisting of Slamboy 1 (vocals) and Slamboy 2 (instruments), are a two-piece French ensemble that have been battling the zombie hordes since 2017. Now they’re back with “Zombie Killing Process”, roughly a half-hour of their plan to stop the undead menace. “Zombie Killing Process” is wholly inline with what you’d expect from Ohio Slamboys – it’s a solid death metal album, quite reminiscent of Dying Fetus or to a lesser extent, Pyrexia.

This album is heavy, it’s groovy, and it’s got a story to tell (in this case, aim for the head). Starting with 'Just' we get a fairly lengthy introduction to what’s going on, and then a hit in the face with some quality brutality. Following this is 'Explode', 4 minutes of technical death metal that is absolutely mastered by Slamboy 1 & 2. 'The' is our third track, and it, along with the rest of the album, are very, very similar.

This album is solid – being a fan of Pyrexia and Dying Fetus, I love the sound that Ohio Slamboys bring. However, the album feels very repetitive. If I were to listen to each track without looking at the title, I would not be able to tell them apart. That said, I have to give this album props for being great, but it feels like a half-hour of the same song, and that gets kind of boring.

Ultimately, I do recommend this album. There is nothing bad about it, and nothing that the Slamboys fail at – merely that they could be less repetitive. This album would definitely serve well during a workout, or as any sort of background music. That, and I think Ohio Slamboys will deliver an even better album next time – so all the more reason to support them. 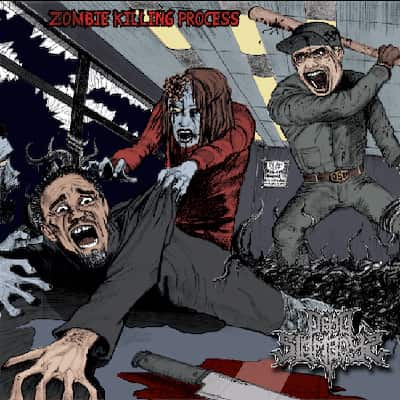