There's no rules when it comes to making the music behind Ohio Slamboys, as proven on their latest album offering, "Chop x Drill x Kill". The album is over thirty minutes of pure slamming intensity; a blissful wet dream for those who seek out the most underground and savage sounding in new musical extremities. Whilst the overall term for slamming death metal barely touches levels of complexity from a creative aspect, it sure does make up for it with simplistic touches of barbaric and honest brutality. In the case of Ohio Slamboys, the project of the music is solely based on delivering gratification and receiving the same back. In which case, becomes an accomplished effort for the members themselves.

Generic is the term for the majority of the record, as is the terms and conditions with the genre of slam. Opener 'Operation' follows similar routes of bands like Acranius where the brutality of death metal meets an almost beatdown essence. The song titles then follow a one-worded sentenced pattern that eventually says: "Operation Chop Kill Drill Starts Now To Save Earth". The vocalist's techniques primarily stick between two major styles, that of the gravel-chomping, dirty gutturals - which then often go into a similar Despised Icon styled cricket-chirp. Both essential to the genre and used frequently to keep everything paced and interesting. 'Starts' is where the album begins to pick up a lower, sludge-like feel to the record. At times evading the term slam to determine a hardcore blossoming that the band are clearly prominent in performing. Desperate to keep the groove elements on the album is another addition to what keeps the record sounding memorable and leading into a clearer path to follow without sounding overly basic with the riffs following an Entombed direction throughout.

Whiilst it's unclear whether Ohio Slamboys are a live act or just a bedroom project, it's clear that the album's production has more meat than your local butcher - avoiding the raw sounding slam that is often repeated amongst the genre. And despite the fact this album offers literally nothing new to that genre, it's still an acceptable and enjoyable listen - worthy of the genre itself. Any fans of brutal death will devour this album without hesitation. 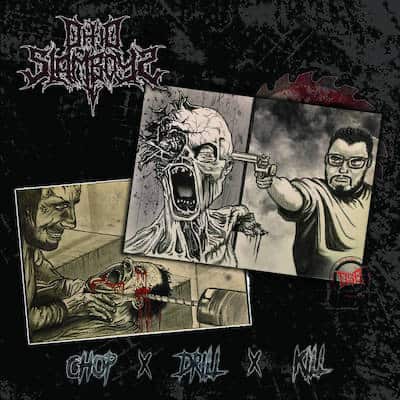