Having members or ex-members from bands as Devangelic, Natrium, Vomit The Soul and Septycal Gorge in your ranks, there is only one genre you pledge your allegiance to. Super-fast, super-tight and totally destructive brutal death metal. Posthuman Abomination are back with their second full length album and what we get is nothing less than the previous description.

“Mankind Recall” gets straight to the point. 'Subdermal' breaks the silence. Tries to fool you with the sample intro and the kind of groove-ish beat in the beginning. No sir!!! Minute one and all hell breaks loose. Relentless drum rolls fill the speakers as the guitars unfold their swirling vortex. The song remains  in the mid-tempo area with short burst of blast here and there but believe me.... the evilness it reeks of, is out of this world. Second track underway. 'Abstracted' sets off violently. Hyper speed blastbeats covering areas were the guitars go technical followed closely by the bass. Amazing, tight performance creating a huge wall of sound, allowing the destructive force behind the drum skins to unfold his ferociousness. The vocals are simply out of this world, giving the track its own flow, sometimes following the riffs and others going their own way. Deep gutturals that  enhance with growls in a tremendous rate and it all looks so effortless. Trust me it isn’t. These guys are masters in what they are doing and what they deliver could be nothing less than well played, technical brutal death metal. The Italian way. The tracks succeed one another, all following the “”first blastbeat and then ask questions”” protocol.

You can find groovy moments or some thrash beats here and there but trust me this one is all bout the blasted red zone! “Mankind Recall” reaches its end after 30 minutes. An average length of 3:30 per track makes sure that they’ll never get boring. Production helps a lot in boosting their ferociousness to another dimension. Loud and distinct.

Although mastering is a bit too shiny for my taste, I can’t go anywhere else but admit that the successor of “Transcending Embodiment” of 2018, 4 years after sets a new level when you want to talk about ferocious brutal death metal. Relentless drumming, ferocious-clever riffs and rabid gutturals. Job well done! 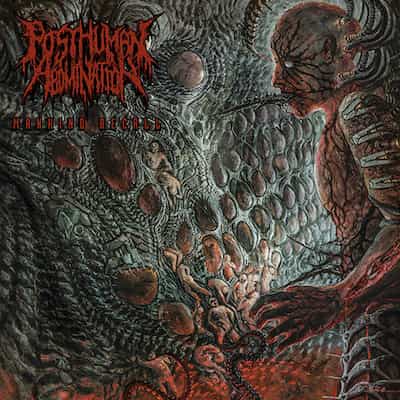