Scalpture come from Germany and "Feldwarts" is their third full-length album. What you will find here are nine tracks of relentless old-school death metal.

The opening track 'To End All Wars' strikes with precision and brutality reminiscent of the sound of Bolt Thrower or Hail Of Bullets. The audio bashing continues with the French titled 'Ils n'Ont Pas Passé' which has some black metal riffs inside the death metal frame.

The ferocious speed is kept in the following 'Challenging An Empire' where some Martin Van Drunen-type roars may be heard together with the growls of Scalpture's vocalist Thorsten Pieper as well as short acoustic passages. 'Grabengott' is a bit slower track which offers remarkable bass lines while 'Landships' brings back the neck-breaking speed.

Тhe end of this impressive album comes with 'The Road Back' which has an old-school Swedish death metal feeling in the vein of Entombed. "Feldwarts" offers variety and brutality in one, the production of the album is also on a very high level. Scalpture deserve your attention if you consider yourself a death metal fan! 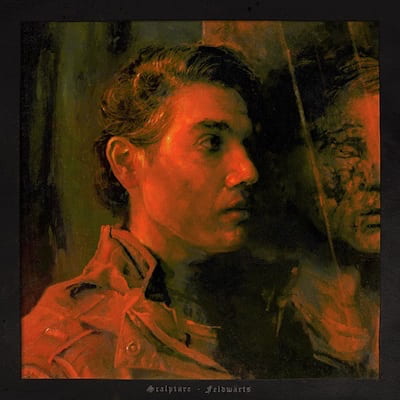