Snake Eyes - No One Left To Die

Poland’s Snake Eyes have been quiet for some time, but finally have come around with a new album, new members, and a new take on their music (somewhat). The sound is still very thrashy, but more of a modern groove thrash similar to that of Crypta, and less the typical Slayer or Metallica route. Part of this might be due to the vocalist change of Swir to Marth who’s throaty snarls definitely sound Arch Enemy influenced, but without any clean vocals to boot. She’s raw and has attitude which meshes well with the rest of the band. Just from the opening ‘The Masque Of Red Death’ showcases a rather easy going yet biting thrash track. Yes it does reek of more recent Testament, but Snake Eye’s aren’t trying to overwhelm like Exodus or Kreator can do at times. Everything seems balanced despite the mid to slow pace the music delivers. Other tracks like ‘No One Left To Die’ is more ominous, dark, and a bit more “Seasons In The Abyss” influenced with the way the riffs are designed. A little repetitive here and there, but that is one of the pitfalls that thrash tends to fall into.

For those looking for a pit starter of the song, ‘Underdog’ has just the riffs and biting vocals, backed by guitarist Sewko who has been with the band pretty much since the beginning. It also is one of the tracks to feature some great bass lines from Hipis and some jazzy drumming from Oskar.  While the track does sound a bit like ‘Atlas Rise’ from Metallica’s somewhat hated “Hardwired…” it still hits harder than that, avoiding that rather tedious balance of going between thrash and rock and pretty much sticking to thrash. ‘Talamasca’ is a bit of a surprise and uncertainty as it scales back the speed drastically and actually does straddle the line between thrash and rock, with quite a bit of groove, changing the darker tones that were heard on a track like ‘No One Left To Die’ to something a little more upbeat and fun, almost punkish. It is clunky and disjoined at times, making listeners unsure whether to start a pit or just stand and bang their heads, but it works well enough to be something different that it will draw attention. ‘All We Need…’ kills that a bit though with a bit more of the standard mediocre thrash that a lot bands deliver, sounding more like a cover song that something that Snake Eyes would perform. It just sounds out of place, like when Lacuna Coil covered ‘Losing my Religion’ on “Dark Adrenaline.” Just didn’t fit the mood with the rest of the album.

‘Fear Of Gehenna’ is more on track as the band goes back to that thunderous, dark tone, really letting the drums shine through this time. The track is still mid paced and doesn’t really feature any ‘wow’ moments but it is solid thrash groove. For those who are looking for breakneck speed, ‘Stabbed In The Dark’ delivers with the riffs, but oddly enough the guitar solos are heavily melodic, slowed down, and a nice break from the vocal snarls and pounding drums. The closer is that tumultuous point that showcases everything that Snake Eyes has been building up to. Taking a page from Chimaira’s book (may they reunite some day!) the band delivers a 11 minute epic of thrash and groove that is worth listening to all the way through. In fact, if there is one track on the album worth listening to on the album, this is it. After the melodic opening it jumps into some catchy groove and just some great mid paced riffage that is what the band has been missing from a lot of the album. Some songs had hooks here and there, but ‘Sigh Of Death’ is full of them and even those who aren’t used to hearing tracks this long will find themselves enticed for sure.

Overall, this is solid new start for Snake Eyes. Almost 12 years was worth the wait for album no. 2 and listeners should be pleased with the results. While the lineup changes tend to make or break a band, old fans should still be pretty pleased with the route Snake Eyes is going, even if it is not as old school thrashy as they used to be. New fans will certainly find them fun to listen to as the balance their tracks between dark and more upbeat and catchy, but each one with quite the Arch Enemy attitude and anthemic drive. 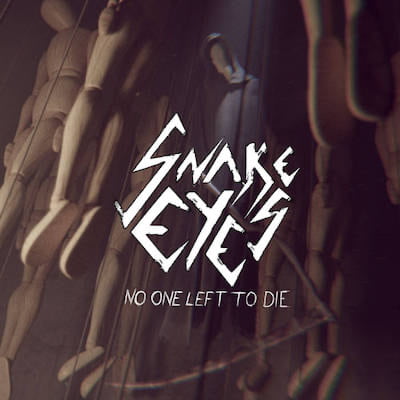