Belfast band Strangle Wire have released their debut album “Shaped By Human Frailty” via Grindscene Records on September 30th, following 2018 EP “The Dark Triad” and 2017 single “Narcissism”. On this debut they show their know-how within death metal, with clear compositions, knowing what they want to do at all times. The band formed in 2017 by people with experience in other formations they are: Pete – vocals; Daff – bass; John – drums and Ross – guitar.

In the sound of Strangle Wire we can find influences from all 90's death metal, both European and American, they have brutality, melody, darkness and the psychological aspect in the lyrics.

From the beginning of the album with “Heavily medicated” we can hear influences ranging from Cannibal Corpse to Deicide and adding more melodic touches to the mix.

In 'Learned Wretchedness' we continue with the good work of the Irish, some dissonant arpeggios, and quality death metal, to headbang.

In 'Judas Switch' we can appreciate some oriental touch, which could seem from Bolt Thrower to Belphegor, and some other part of current styles, some melodic and dark part.

'The Human Tensile Experiment' starts off brutal, uncompromising, old school brutal death at times, with quieter parts throughout the song.

'An Abhorrent Intervention' is a melodic and instrumental interlude on the album, an inspired breather, which joins 'Shaped By Human Frailty', which also starts out quiet to give way to powerful death metal with double bass drums and heavy riffs.

'Psychology Of The Sick', we go from slow riffs to faster ones and other heavy and pounding ones, following a melodic line within the power. To close the album we go to 'Horrors Beneath', after a calm and melodic beginning the storm of blast beats and powerful and heavy riffs begins, some rest in the middle, and a more melodic and inspired ending.

In short, we are in front of a very good death metal album, from honest people who know how to do it, who will get to the top of the list step by step. Good musicians, with versatility both in brutality and in melody, great voice, deep and aggressive. Artwork according to the band, dark and entering the depths of the mind. Certainly to take them into account. 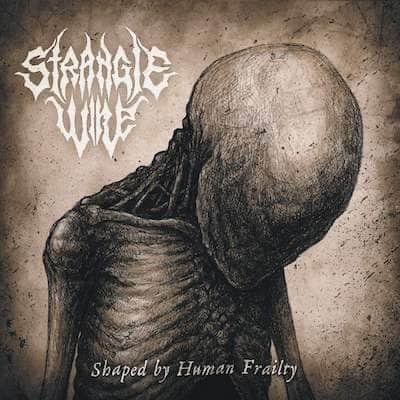