Symbtomy's "Demo #2" is a 2022, 18-minute-long release from the international trio with members hailing from the UK and Czech Republic. The demo is a short burst of death metal adrenaline, mostly contributing to that of the old-school, melodic essence of the genre as if At The Gates were having an affair with Death. Whilst the band's previous demo is significantly similar in length, genre and even artwork, the second EP upholds a more meat and potatoes approach to death metal, as well as an incline within the quality of production and overall song creativity.

Opener 'Embracing Anxiety' reveals the band's thrash favourable nature, as the riffs are non-stop pummelling and gritty against the vocalist's harsh bellows. The drummer also doesn't get much of a break within the demo - as the melodicity of the riffs often combats violently against the brutal assault of constant blast beats. Somewhat messy as a finitude product for the band, but sometimes this works perfectly to those searching for nostalgia within the genre. Whereas 'A Wooden Jail' showcases the band's groove and almost symphonic-atmosphere within their melodic domain, the ending track of 'Cadaveric Shapeless Roar' focuses on a more hardcore-driven backbone, especially from the vocal front. The riffs are melodic as always, and appear catchy in their own chaotic rythm, thus enabling Symbtomy's diversity to scatter and ultimately inspire them to be an interesting modern band, despite their exaggerated use of old-school techniques at their disposal. 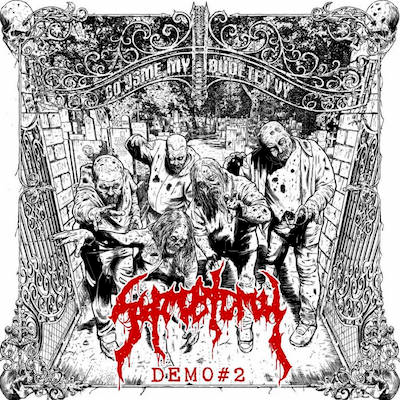