Wasting The Genesis are a five piece death metal outfit from Spain with only a few albums under their belt, but lots of time in between to hone their technique and demonstrate that they really have a promising sound. Six years after their debut they’ve unleashed their 2nd EP, and though it is only four tracks they’re showing progress compared to their last effort.

While “Viral Supremacy” rode the line between technical death metal and some deathcore with sci fi themes, “Prey” takes things further and adds in elements like slam death, sounding along the lines of Signs Of The Swarm meets Archspire meets Crown Magnetar. The sound is thick, heavy, and solid, opening with ‘Stem of a Forgotten Race’ which has plenty of gutturals to make the slam fans happy with high pitched screeches to balance things out. The churning guitars aim for short burst riffs along with more melodic technical work which is more of the Signs of the Swarm meets Archspire mix. Then there are tracks like ‘Breeding Bacterium’ which showcase the drums excellent thick, pounding sound with a little more blunt force trauma to the riffs; here the slam/ deathcore elements can really be heard. The music is less technical and just sounds slightly repetitive, but the ferocity is not lost.

‘Genesis’ really uses the guitars/ bass for the thick sci fi sound and even add in some spacey interludes so the bass can be heard clearly for once; this sounds more in the vein of the likes of Necrophagist. Here Wasting The Genesis also seem to push their time limits on songs. Their debut was not even half an hour long, so seeing tracks more in the 5 minute range vs. 2 or 3 show more depth and a need for the group to push themselves to better technical heights. This track is by far the most interesting and the highlight of the album. Finally there is ‘Thy End, New Rise’ that features more technical groove and a little bit more of that mid paced chug of death metal/ deathcore, but it still lives up to the presentation that have been shown in the first 3 tracks. It is just a shame there wasn’t more.

These guys have a promising future ahead of them with their sound and despite being unsigned for now, labels like Lacerated Enemy Records or Unique Leader would do well to add them to their roster to keep filling out their death metal arsenal. 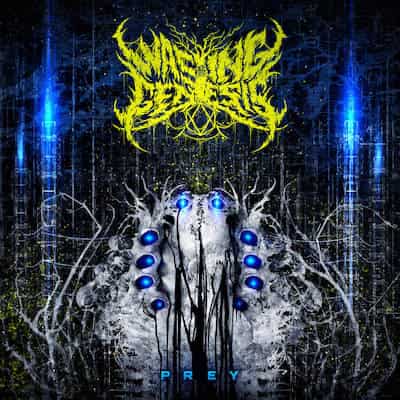