A Canorous Quintet - The Quintessence

What is your relationship with melodic death metal? Think this term doesn't exist? No such thing? Well I had the same opinion. Melodic death metal is a term that made me wanna vomit. It might be hard but it kind of sounded to my ears like some power metalers tried to get a bit harsher with their instruments. I mean, how can there be melody in death? Death is cruel, hard and mostly brutal. Can't be melodic. Of course my objections with this kind of metal stayed only with the term. Cos melodic death metal is a metal genre were someone can find tons of emotions and discover musicians with talent and fierce in spirit. So open your minds a bit, (or at least try to) and dive in here for a while.

Here we have a band from Sweden, formerly known as A Canorous Quintet (this CD is released under this name), currently under the name This Ending. Irrelevant but since we speak names, this band started as A Canorous Quartet and in the meanwhile used the name The Plague. Anyway,so this release here is a compilation, featuring  both of their albums as A Canorous Quintet, their EP "As Tears" of 1995 and lots of unreleased tracks. Basically it is a release with the almost full musical history of those Swedish melodic gentlemen. And for those who are not familiar with the name(s)… it is a perfect compilation for someone to dive into the Swedish melodic death metal sound, cos from what I've heard, these guys are in a great musical level, and in my opinion, a great band for someone to have as a reference, when thinking of this type of sound! The amazing thing with compilations is that you can clearly observe a band's evolution. Of course you can do that by collecting each album, EP or whatever, separately, but a compilation disc kind of forces you to run through all at once, so the evolution, positive or negative, is more obvious!

So in this compilation entitled "The Quintessence", you can witness a band evolving from melodic and partially wrathful death metal of the early days, to the more massive and cohesive metal with harsh vocals and melodic interleaves. Both their releases are on a high level when it comes to song composing. The mixture of heavy guitar themes and melody, is simply awesome. It is not only a matter of, how skilled someone is in his instrument, but also of the inspiration someone has when the time comes to compose a new song. And trust me these guys have a lot of that. All their releases are pleasant to listen and it makes me wander, why the hell didn't their name reach out for more audience earlier. Here it is not a question of death metal or melodic death metal. It is a question of music, and those guys, with this compilation disc prove that they can stand their ground better than anyone on this matter, creating music to express all sorts of emotions. So if your musical equations have other parameters than pure brutal death metal, I think you will find this release really tempting. From their mellow to their harsh!!! A totally  can't hate release. 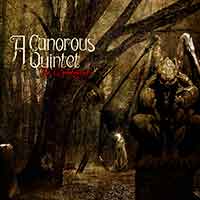