A Forest Of Stars - A Shadowplay For Yesterdays

It is not often that when one sits down to an album, they feel like the music helps enfolds the theatrics the lyrics convey before their ears and eyes. A Forest Of Stars is one of those gems. Their earlier work was certainly more 'traditional Black Metal' oriented with a heavy focus on faster, distorted passages and shrieking vocals when hearing 'The Corpse Of Rebirth.' One could pick up on the avant-garde bits such as the classical elements and the shift from shriek to spoken word vocals, but overall the entire album still smelled like traditional Black Metal with touches of Emperor going about it. Now, with A Forest Of Stars' most recent release, 'A Shadowplay For Yesterdays,' one can see a huge improvement. The music is not only cleaner and more diverse while still including a healthy dose of Black Metal and classical elements, the band further goes into turning music into a play through language and lyrics, from using alliteration and word play on "A Prophet For A Pound Of Flesh" to abstract allusions like "Corvus Corona." It is impressive to see music taking a more creative turn.

Instrumentally, A Forest Of Stars has always been good at creating a diverse mood in their music. Yes there are the typical guitar screaming tracks with vocals snarling about amongst a smattering of drums with a few classical insturments like violins heaped in but the chaos is so high that it can be hard to appreciate it all on a track like "A Prophet For A Pound Of Flesh." However, even on tracks like these the band steps up and out of tradition. Halfway through the listener is greeted by acoustic sections, percussion as opposed to bass drum, and a wavering synth that just creates a whole new atmosphere to unbore. The vocals- when present- swap between a harsh snarl, spoken word poetics, and even clean singing mixed with helping doses of female vocals on a track like "The Underside Of Eden." Other tracks like "Man's Laughter" feature no vocals and are completely random (due to the electronica/ industrial elements) but still work for the play upon the idea of 'avant garde' work. Then there is the closing 'Corvus Corona' two part story which blends Black Metal, carnival music, classical music, doom metal, and theatre/ poetics altogether for an exciting experience. The dual play between both vocals shows excellent harmony which contrasts the distortion of the instruments. One is left impressed by the end and just probably thinking one word: encore! 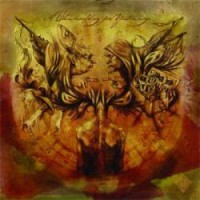