A.I.D.S. - Syndrome Of The End Approaching

"Syndrome Of The End Approaching" is an album released on vinyl only. So when I say "album,"I can really mean it! This album is replete withcatchy anthems, razor guitars, expert drum work, and vocals with an old school ferocity.

The first comparison that comes to my mind is Xasthur, as "A.I.D.S." like Xasthuris a one-man black metal tour de force, in the person of a fellow called Tophetarath. Tophetarath (aka: Geoff Montgomery) is also reported to have been in the band Hordes Of The Lunar Eclipse, and other reviewers have compared his work to that of Conqueror, Witchery, Thornspawn and Leviathan.

Yes, Tophetarah is a hell of a drummer. He uses the whole kit expertly, I'm talking about snares, toms and ride cymbals as well as double-bass blasts. Check out the tom fills in "Calling Of The Hounds" There's real thunder in them, and spot-fucking-on too!

While the production quality is rough as can be expected in small-budget black metal releases, there is enough variety in this release to keep it interesting, from funeral dirges like "Hoc Est Enim Corpus Meum" to battle anthems like "Eechgraaf Lampaenn" and "Paranoia and Fevers In Sodom." "Command to Serve" is more of an up-tempo rocker, almost punk, and there are a couple of other surprises as well on this album including a cover of Sepultura's "Antichrist" that should please fans of the original, as long as they don't mind a version of the song that conjures images of the barbaric hordes charging out of the Black Forest in Indiana -- or is the Black Forest in Europe? I don't know. I need to travel more. 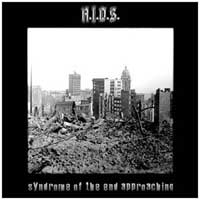