A Second From The Surface - The Streets Have Eyes

A Second from the Surface is a trio from Minneapolis, Minnesota. I respect the fullness and quality of their musical strength, especially on tracks such as Champagne and Bubblebaths” and the CD’s title track “The Streets have Eyes.” This CD has a place with people who prefer Lamb of God to Cannibal Corpse (of course one can enjoy both), Prayer for Cleansing to Borknagar, and Undying to Eat the Living. The CD is very much heavy and totally metal. But, and I feel the need to be personal here, the CD is not quite to my taste.

I prefer the musical ideas oozing out of Odiousembowel and distilling from Sickening Horror. I prefer the killing desire of Suffocation and Pig Destroyer. Although, ironically, there is something of a screaming hardcore flavor to both A Second from the Surface and Pig Destroyer (the flavor of iron-rich blood I think). A Second from the Surface’s The Streets Have Eyes has much more in common with the Swedish group The Haunted’s S/T CD, Revolver, and The Dead Eye. I like that group too but do not listen often. This CD is for those listeners. 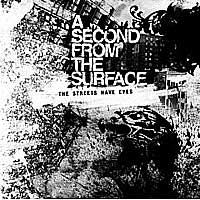 This Dark Reign
Reviewer: twansibon
Feb 26, 2009
Next review: Ascension Of The Watchers - Numinosum