I wish I was more familiar with the German metal scene. I am not totally unfamiliar with it of course, but it is harder in the States to get one’s hands on some international metal easily. That being said, this Nordrhein-Westfalen band is a strong contender for the death metal title (cliché, I know, sorry). But this group screams in black metal vocals infected by a feeling that the singer, Martin, is separate in his vocals while somehow standing with a band on the stage. The voice is recorded with an emphasis on his alone-ness in the midst of a band performance. I would not say this is common with most black metal or death metal bands. Most bands it seems, Darkthrone, Cattle Decapitation, Cannibal Corpse, and even Satyricon, sound as if the intent is to lose one’s self in the recording, like the person is subsumed by the greater machinery of playing and mixing tapes. Not A.W.A.S. There is something else going on here. Of course, there is some of this style in groups like Eisregen and Eisblut so it might be a specifically German scene sound.
With A.W.A.S., the guitars and drums riff together, specifically on “Damned to Death” and the title track “Hope” with the rhythm changes and confidence that Satyr and Frost do with their work (although no one breaks the “rules” of metal like they do). At the same time, there is solid traditional metal styling, an effect of Slayer I believe, in tracks like “Erfolg?” and “Finish Him.” These elements then combine in A.W.A.S. to create a band that is very strong in the Now but at the same time is a band willing to learn from the best of them. This question of creativity versus tradition is something that haunts all the art forms. A.W.A.S. is haunting back. 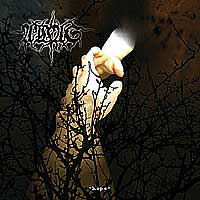