While listening to it for the first time, I thought “uncompromising”! And that’s it absolutely. Now I can end the review. Bye.

Oh, you ask what I’m writing about? Oh, yeah, I mean the new superior disc called "Pessimist", released in June 2014 by Abaddon Incarnate. 13 songs within 33 minutes. This masterpiece of shit is the fifth output of this fucking underground grindcore-band from Dublin/Ireland, formed in 1994.

I put it into the CD player, first song begins and, wow, it pulled off my shoes. Short intro followed by a really short drum-solo and then pure grindcore as it should be. A punch directly in your face. Fast, fast, faster, only interrupted by short powerful parts. And that goes for all the songs. So you can just take a breath and take a run. Take a run only to completely lose your control and run through whatever. If there is a wall which you have to run through, then do it with this music. There is this feeling that no one can stop you while listening to this. Abaddon Incarnate ignite a rocket after another which will break the wall and it’s clear in this case, you are the rocket.

Musically and technically at the highest level was this output really well recorded and mixed. Absolutely brutal what comes out of my speakers. Perhaps the bassdrum could be a little bit more differentiated and louder. But this is like pee on myself in winter. First, it is warm but then it freezes and ultimately the leg will break off. This makes the disc really fun from the first up to the last song. It never gets boring and when the last song ends then you realize the insatiable will to start the disc again and this is a fucking compliment. Maybe the best compliment you can give a musician.

My favorite song is the last song on the album 'Funeral Hag'. The song has everything your grindcore-heart desires. Fast drums paired with absolutely hard riffs, in between danceable parts but especially the vocals make it special. In 2004 with the output 'Dark Crusade' the band’s sound was like Brutal Truth and this was really great. But 'Pessimist' is like the band Nasum. In my opinion some songs could be written by Nasum in its best time. I don’t know why this band is not known by everyone in the world. But with this masterpiece that will now hopefully change soon and I can give an absolute buy recommendation. 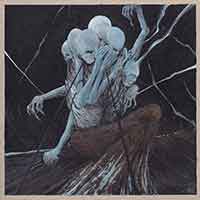