This Italian black metal band have been together in some incarnation since 1995 and are onsidered one of the oldest names in black metal. This is their 11th release (including demos) and they have established themselves as masters of esoteric horrorific black metal including concepts within witchcraft, Satanism, occultism, alchemy and folklore. The trio have had a number of drummers/keyboardists through the years but have now seemed to have settled with the current trio of players – taking between them bass, guitars and vocals. The lack of a drummer doesn’t seem to have affected them in any adverse way.

This strange album is only highlighted more so through the opening, Golden Path. An acoustic guitar with what could be seen as a chant then leads into a much softer song than could be expected, with the primary source of music from a guitar and what can only be a keyboard. This isn’t carried on, as the song gets progressively darker as does the vocals. This darkness is then carried throughout the album.

The perceived darkness perhaps is not as deep as on other albums, and this is due to the lack of drums creating a backbeat. This however, means that the guitar and bass have to work harder, not only to be heard but to provide a cohesive framework for the vocals to be hung off, kinda like a scaffold for a hanging man. This they do superbly, creating a different yet still distinctive death metal sound throughout. This difference makes them more listenable, but also provides the vocals with the ability to not have to constantly struggle against the drumbeat to be heard consistently and this is beautiful to hear. 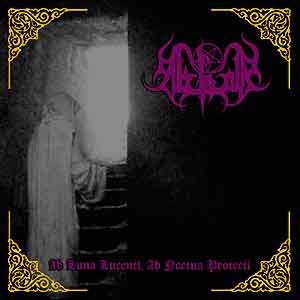