Ablach, from Aberdeen / Obar Dheathain, Scotland, uses a traditional rune (in the style of a tribal tattoo) on their album cover. I like this because it disengages the normal picture of the band or of some other scene. The image has 6 sides, reminiscent of the Star of David, but still, by its inclusion of the death heads at the end of each point, also evokes the pentagram. Strange mixture. I don’t know what it means. But please recognize there is an understanding of personal violence and earth ending trauma in this band’s style.

The band describes themselves as a crust band in part. To me, “crust” is a label that implies leftovers or something unintentional. I reject that. The band has a systematic sound from track to track. Their guitar riffs do sometimes stand out as guitar riffs, but this band is much more hard-core in its structure than metal. The guitar riffs do not bleed high spectrum noise in a lead style or even much bounce off the wall from either a strum/pluck style or playing through distortion in line with the bass. I noticed this particularly on tracks, “Whisky Violence” and “Bootlicker.” “Bootlicker” and a few of the other tracks do have “guitar” sounds but they are not layered in a way that draws them out as distinctive. I think most of the time I would find this uninteresting. But I have listened to this album about 15 times and find that it gets better with each listen. I think it must have something to do with the consistent hard-core style when the drums play that does it for me.

I also appreciate he alternating vocal style – another element that encourages me to label the band as metal-core and not just metal. I mean this clarity of description as a compliment for sure. The slightly less growly vox make me think of a faster Prayer for Cleansing or Crimson Spectre (a great Marxist hard-core/punk group from North Carolina, USA). But the low end growl vocals are just solid metal growls. I can’t quite figure out a band that it sounds like particularly because they are not totally innovative vox. It is the overall drive of this metal-core band and their reliance on the two styles together that truly exhibits this band’s creativity.

The band is unsigned but their CD is available from Blastwork Records: http://www.myspace.com/blastwork 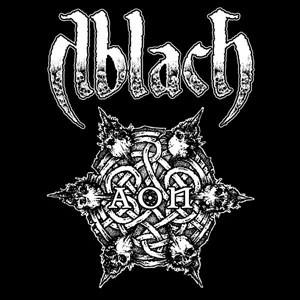