Russia’s Aborted Fetus have, yet again, blessed us with an all-out death metal assault entitled, “Pyramids Of Damnation”. Over the years, this band has unleashed some devastating releases and this new effort should be considered no different. However, I will say that musically; there is more of a solidified foundation of traditional death metal than on previous releases. Also, in comparison with their last full-length effort “The Ancient Spirits Of Decay”, this new release also seems a bit more raw in regard to performance and presentation which gives the album an old school feel throughout the entire 65 minute playing time.

Musically it takes me back to Pungent Stench’s “Been Caught Buttering” while, at the same time giving off vibes of Internal Bleeding, Vomitory, and Vital Remains. The riffs are of the standard genre type played with sheer intensity, but the stand-out guitar parts are the solos. Strategically placed and presented with just the right production, the solos are played with an agonistic ferocity that this band is known for the world over. The vocals are on point and as growly as ever, complementing the music as only this genre can do.

On top of that, it is nice to see this band break away from the typical brutal death metal topics and create an album that’s a bit out of the ordinary. I must admit that I had my reservations about this album at first, but then reminded myself that this is Aborted Fetus! I have nothing to worry about! Typically, you don’t put your faith in a band like that because there have been times that bands will produce albums that have been good then they will make one that falls short of expectations.

While this may be true the majority of the time. You need to take in to account the track record of a band like Aborted Fetus. In some way, shape or form, they have been around since the year 2000. They have had time to hone their craft and develop a work ethic that is second to none in the underground. Also, their history with Comatose Music, the ones who have put out this fine release, goes back to their 2010 release, “Fatal Dogmatic Damage”. They have the knowledge and the wisdom to push that envelope of intensity while remaining true to themselves, their label, their fans, and the genre of brutal death metal. Add to that the passion, ethics, and pride, and you have a band who lives for what they do without so much as an urge to compromise anything about their music, morals, or beliefs.

I am proud to say that I am a fan of this band, and a fan of their music. Out of all the albums they have put out so far, this has to be my favorite one. Comatose Music did a fine job with this release. I must give a special shout out to Armaaoa Art for the spectacular album art on this release. I find it very special when the artwork relates to and compliments the music contained within. The visual created is really stunning. If you are a fan of Aborted Fetus, or the bands mentioned above, you need this CD in your collection. Contact the band or Comatose Music for more information. 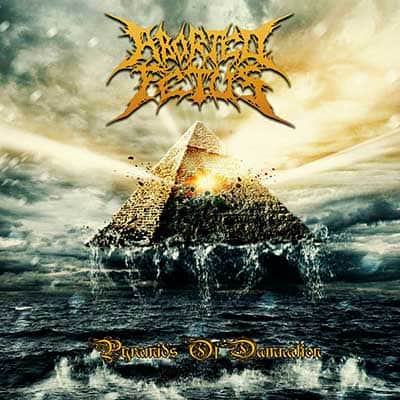