Aborted Fetus return with a scathing release entitled “The Ancient Spirits of Decay”, and it’s sure to be a release that will knock you out of your seat. These guys have been at it for awhile and they show no signs of letting up on their quest to audibly murder everyone on the planet. The riffs are standard for the material presented, but what stands out as far as the guitar work are the solos. They are presented in a crisp and pristine fashion within a maelstrom of riffage that would look something like Immolation’s “Dawn of Possession” cover if someone tried to paint a visual of this six string madness. The emanations of such sounds should be revered as an entity of agonistic proportions who’s only purpose is to bleed innocence dry from the hearts and souls of mankind.

The drums are traditionally styled and more than likely triggered in certain spots, but only for maximum effect which works out well for the finished product. There are vibes of all different styles and, you could tell from the first listen, that this guy could ad lib a whole album and you’d swear he’d worked on it at least 6 months! Definitely one of my favorite drummers. I would safely categorize him in the same company with the likes of Gene Hoglan, Mike Browning, Bill Andrews, and Chris Reifert! Sergey Kulakov is an absolute beast on this album and definitely someone to be remembered! The vocals are pretty much low, guttural growls throughout. This pattern and style is the final nail in the coffin which confirms the brutality and sheer agony of what is coming out of my speakers. Aborted Fetus are definitely at the forefront of the brutal death metal genre!

The band should be looked at as the blueprint for what this type of music should sound like. There are no compromises anywhere on this album, nor are there any excuses that will suffice as to why you do not have this release in your collection. Comatose Music is responsible for the release of this beast, and once you’ve heard this album, you’ll understand why the label has invested so much time in this band. The blood, sweat, and tears shed by this band is followed by passion, determination, and discipline. There is no holding back this monstrosity of metal, so, get the hell out of the way, put your horns in the air, bang your head, and enjoy the ride! 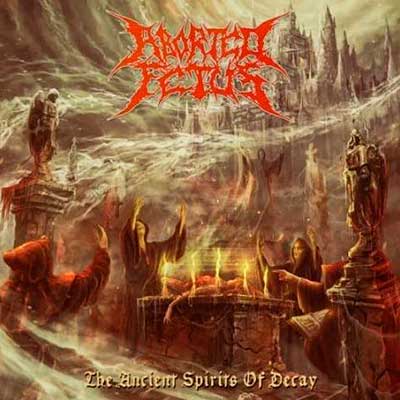