Hailing from Stuttgart, Germany, Abrasive is a fairly known name in the deepest Death Metal underground. Since the band´s birth back in 1999 these guys released 3 demos and 4 full length albums. Their current offering is a promotional release which contains 3 songs with a total playing time of about 10 minutes. Abrasive´s style is an appealing mixture of US Death Metal violence and old school stuff like Autopsy or early Pungent Stench. The songs range from midtempo based sections with occasional faster parts to several double bass drum attacks and typical Death Metal blasting. The vocals are also pretty variable and the microphone desecrator delivers nice growling, guttural belching and a few hoarse screams for your listening pleasure. A filthy but credible recording quality gives each song its own dynamic. Even if this one´s “just” a promotional release, I´m quite sure Abrasive will find new friends among the supporters of utter underground Death Metal. 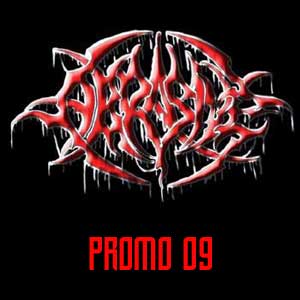