Abrogation are I band I'd never heard of before in my life and probably thats perhaps the best way to approach a review. First things first though, my German isn't up to scratch which is unfortunate as this album is in complete German. Not so good for the greater market but hey what can ya do. These guys blend abit of black metal which some old school death metal and some power metal twin lead guitar playing. There is also some atmospheric female singing in the mix here but I'll be honest I did not like it. Production wise this CD is mint. Everything on offer here sounds very natural in particularly the drums which sound superb in their natural form most notably the snare and kicks.

They sound gorgeous. The guitars sound a little bit thin at times and lack a certain heaviness. That saying they are quite crunchy, executed to a high standard but just lack sometimes. The bass gurgles nicely in the back ground playing fantastic support to the thin guitar sound so it does it roll brilliantly. Lyrically I'm not so sure what these guys are on about which brings me to this albums main drawback much like say Rammstein, is the language barrier. I feel this separates the band from its audience in a world today where English is the most spoken language in the world. But thats just me. It would be abit cooler to know what these guys were on about. Its not all bad. Theres some real fist pounding moments in tracks like title track "Tief Schwarz, Blutig Rot" and "Herr Richter". There is some fantastic song writing involved in these songs and I can almost hear them being played at Wacken!!

On some of the tracks it sounds like they have blended some traditional elements by having some folk like elements on the tracks i.e some acoustic guitar lines. All in all though, a great sounding CD but honestly not for this reviewer really though it must be mentioned, quite a diverse listen. Worth a listen but sung in English I think would brighten the appeal. 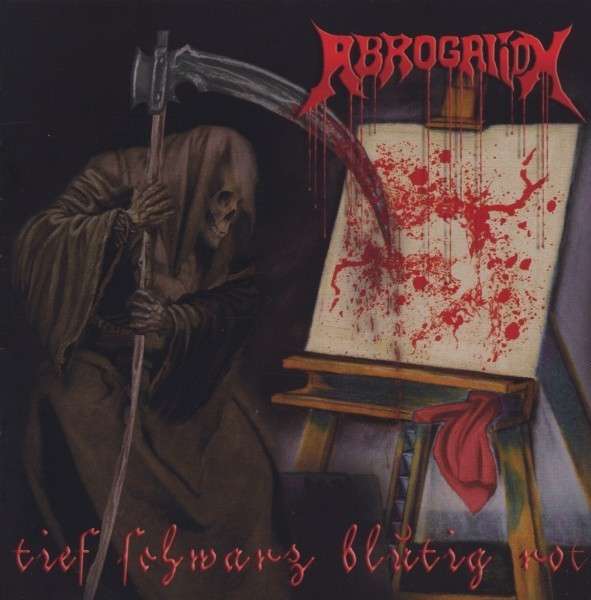