'Our Bleeding Sun' is the second effort from Spanish led Symphonic Blackened Death Metal group AbsentiA. For those who felt that their debut effort was a bit dry or cliche as far as the Symphonic level went, this effort is much richer and more defined, delving deeper into the melodic side through the use of choirs, piano-like keyboards along with the more electronic ambient style, and all around a much more organic sound. On the opening "All This Hell" listeners can get a taste of the slow, plodding guitars behind the choirs and percussive thunder of the drums that can really get one riled up right before the haunting snarl of the vocals come in to narrate. The other tracks like "The End Of The Line" and "Dead Winter" are performed at a steady pace with heavy orchestral arrangements and bombastic sections of thundering music. Some might consider "The End..." being a bit too choir heavy and that the vocals are a bit too throaty in their cross between Black and Death Metal, but overall the sound is very rich and pleasant to hear without feeling too mechanical. "Dead Winter" features a beautiful interlude with just the violin and guitar; something AbsentiA hasn't really treated its fans with lately.

The more Gothic elements come in on a track like "Darkest Tranquillity." It is a bit more guitar heavy and basic with using roughly the same riffs over and over for more of a Rock vibe, but the choirs are still present. Vocally, the band experiments a bit on the chorus by layering their snarling with a low singing, but it just doesn't really feel like it adds up with the rest of the atmosphere; the spoken word moments or choir sections alone sound much better. Sometimes AbsentiA doesn't even need to bother using the vocals at all. Many of the tracks are sole instrumentals. "Portrait Of A Soul" is a guitar heavy piece with backing choirs that isn't as slow as the opening track and feels more like something that maybe Therion would do on one of their albums in the earlier days, but this rather Thrashy assault is a nice touch. Right alongside it is "One More Step Away" which has that shining piano along with the ambent keyboards and lengthy, doomish guitar passages; here the music sounds more like something Dark Tranquillity would release as one of their instrumental bonuses, except there is a lack of solos. Still, the orchestral moments are the key to AbsentiA's success and they display it without shame or flaw throughout 'Our Bleeding Sun.' It may not be revolutionary, but at least it is a step in the right direction. 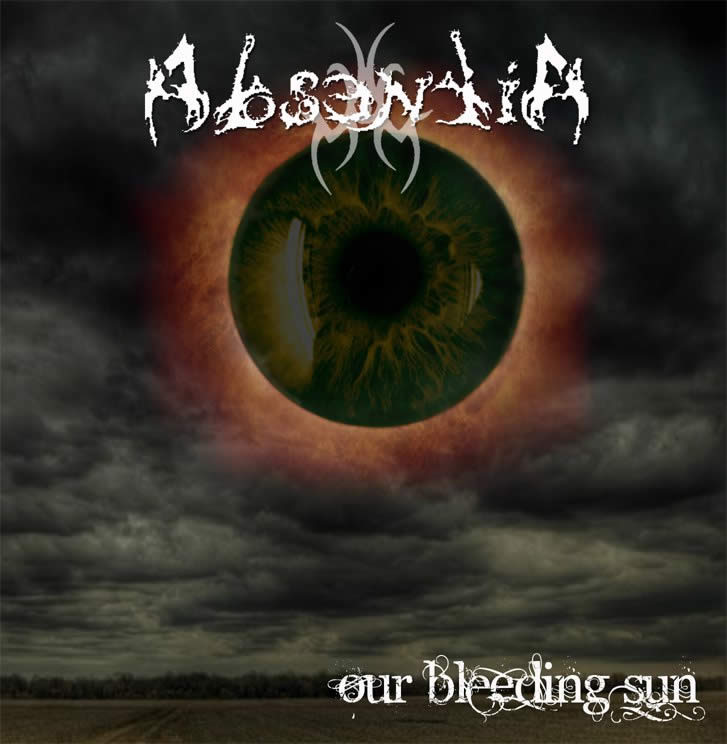