Aeons Abyss was formed in 2017 for a recording project which was using music written in the 90's under the band name Cataclysm. So for many of you who know Cataclysm the music will sound familiar. Aeons Abyss is Paul O'Brien (lyrics/vocals) and Steven O'Brien (music/mixing).

But that said it's not the same there are a few differences, they come from Australia and when comparing the 2 I find that Aeons Abyss sounds more melodic than Cataclysm with more solo's and technical riff's as in 'Darkness Falls'.

Also, when you hear 'You Shall Be As Gods' it starts medieval and then becomes dark and heavy which is a very pleasant transitions in this song. 'Darkness Falls' sounds more thrashy than 'Impenitent' which is more melodic and dark. Overall this album contains 8 songs. All different not only in style but also in sound, refreshing songs.

I can be surprised by new bands that changing the genre in a positive way like these guys and I learn every day something new about the music I love. For that I can only thank the Metal Gods. This gem is one to listen too and for next year let's make more fucking awesome music guys. 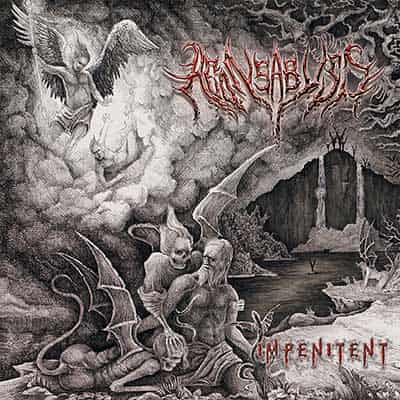 1. Impenitent
2. Discorporated
3. You Shall Be As Gods
4. Darkness Falls
5. Tried By Ordeal
6. Bloodless
7. Hashasheen
8. Agony Vision