Another sick album from these Czech techno grind bastards. Insane inhuman vocals over some heavy grind tunes. Tempo is not that high but it swings. Melodies are catchy and have some grooves. Combining it with some techno intermezzo interludes that flows into the songs. At the end you get two bonus computerized songs that can be played on a techno party at once. There is also a CDROM part (fucking windows only) and the CD can also bought as a shaped CD! 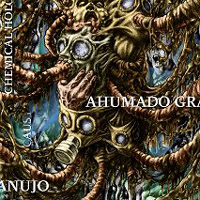