A french band that brought out their debut back in 2000 as a MCD. Followed by two full lengths in 2003 and 2004, the release a new one in 2006. With 4 songs it is a MCD but the playing time is around 45 minutes. The openingtrack is an story told in 23 minutes! A varity of progressive and atmospheric metal. leaving a dark and doom feeling behind. Male vocals that range from clear to grunting. I don't like the clear vocal parts as they are annoying me. This kind of music is atmospheric metal which you like or not. This is a disc which leaves me with a feeling behind do I like it or not. 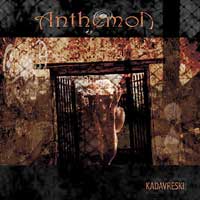 1. Kadavreski
2. Print Of The Sand Glass
3. All Is Cyclical
4. Weight Of The Feather