Resonance is the 16th official release from Warsaw Polands Anitgama. Released May 2007 on Relapse Records, "Resonance" goes well beyond noise and grindcore. Musical twists and turns at every note. Using every instrument in there arsenal to attack your every sense. Beatdown breakdowns, insanley fast drum fills that would make Flo (CRYPTOPSY) salivate. Aggresive, rough, clear vocals. This is an record of aggressive music that will appeal to any fan of aggresive music. We all have the friend that doesnt like bands like THE RED CHORD, BRUTAL TRUTH, or THE DILLENGER ESCAPE PLAN, ANTIGAMA will most definatley appeal to all fans of heavy, loud, METAL. Even for fans of the mentioned bands. 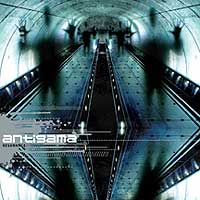