For twelve years now Polish Death/Grind outfit ANTIGAMA have been unleashing their own style of brutality on the world like a plague, and after two demo releases, a massive eleven split releases as well as five full length albums, Antigama have decided what their exhaustive and expansive discography required was a fresh new EP release. So here it is, "Stop The Chaos", the brand new EP from Antigama, packing a belidgerant aggressive sound of high energy full throttle Death/Grind savagery, excellently produced and performed and with throat searing vocals to boot. Whilst Antigama's musicianhsip is beyond reproach, their song structure is such that variety does not really come into the bands equasion, as such everything is left sounding a little bit similar. Indeed with songs so short it is quite easy to realise that you have skipped through a couple of tracks without noticing, such is the level of variation involved

Still, if there was a prize for outright brutality and Death Metal domination then Antigama would be in the running for said prize, their no nonsence approach and attitude are endearing and they play with blistering force and a thundering sense of malice and energy! "Stop The Chaos" is a pummeling lesson in venomous musicianship but doesn't really hold the attention like it should. 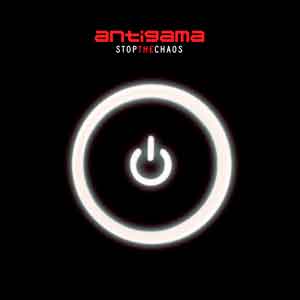