Polish black metal three piece Apatheia have unleashed a stunning complex and diverse debut. What is striking about "Konstelacja Dziur" is that it is an album of two parts in a way. With standard mid length 4-5 minute straight forward songs at first then the second half long and complex tracks

Things starts off straight forward enough with melodic black metal much in the Norwegian tradition. Think Burzum or even a bit of early Immortal. 'Odemetnia' sets the tone nicely but then 'Slepe Oddanie' and 'Zimna Krew' take things in a more bleak and melancholy direction, while there is still use of blastbeats and frantic shredding the songs a laced with infectious and morbid melodies.

The band take things to a whole new level on 'Boze Cialo' with its long bass introduction which builds up a sinister atmosphere. We then get a 10 minute journey through chaos and darkness. It’s a fantastic song. With its chanting prayer like vocal patterns the song brings to mind what Behemoth would sound like today if they hadn’t abandoned their black metal roots and taking a death metal path in their mid-career. 'Raj' has fast melodic and blasting beats with an intensity which builds up all through the song to its final minute where it grinds to a halt and leaves with a weird synth ending.

'Supernova' closes the album with a slow melodic morose clean guitar which forms into the a fast chaotic gale before again winding down to a clean melodic section which is actually quite Grungy and this builds up again bring the album to a devastating climax.

This is a terrific debut. I can’t actually see how the band members haven’t been established already in other bands. This sounds like what bands put out on their fifth or sixth albums. If they are young and this is all the musicians first proper output then the sky is the limit for this band.

An incredibly thought out, deep and complex album that shows more inner depth with every listen. 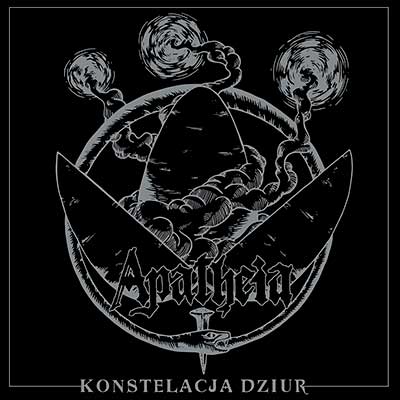