Apocrypha - The Summit Of Creation

"The Summit Of Creation" by Apocrypha is polished black metal, complete with big riffs and furious tremolos on guitar, pummeling drums and woeful howling vocals done by Manoloxx (ex Unlord, Cardinal and Consolation). The classical influence of piano and string samples on keyboards complete the package. The band released their first demo "Imminent Damnation" in 2004 and have toured since then and are expected to do a lot more. This is a band that definitely should be signed to a major label, touring with big acts and I'm sure will be doing just that in the near future. 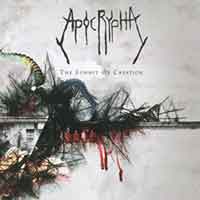