The ever bleak Astarium is back with yet another dark, desolate and inventive album in the form of “Fragments Of Nightmares.” Astarium is based in Novosibirsk, Russia and is a one-man performance masterminded by Nikolay “SiN” Sikeritsky. Active since 2005, Astarium has released a plethora of albums, including 7 full albums and countless singles & demos. New to “Fragment Of Nightmares” is Astarium’s label, NitroAtmosfericum Records, released in formats of professional CD and 3.5" floppy.

Now, into the guts of the album: it’s short, sweet, and to the point. It runs only about 10 minutes – just long enough to be the soundtrack to your next nightmare. This album is rough, it's dirty, it's dark, and it is innovative. As Asterium describe it, its “symphonic black metal through the prism of grindcore” and I mostly agree with this sentiment. This album is clearly and primarily symphonic black, but I do get tastes of grindcore in spots.

The song that I think best fits this is 'Blind Beholder' – it is clearly black metal, but it has the strongest taste of grindcore with a very chaotic, cacophonous sort of grindcore instrumental. Another song, 'Desecration' is hands down my favorite – it has a slight grindcore influence, heavy black metal stylings, but a very rhythmic and almost groovy guitar. Lastly, 'The Heart Of Storm' is a pretty traditional black metal song (reminding me heavily of Satyricon’s 'Mother North') but with a more aggressive, grindcore style delivery.

It is innovative, its unique, its faithful to its source genre. It’s very enjoyable to listen to and also easy to play in the background. The only thing holding this back from getting five stars is that it takes careful listening to notice the grindcore influence. This album is solid black metal, and definitely does have grindcore influence, but it's not readily apparent. Apart from that, I have no complaints about this album. 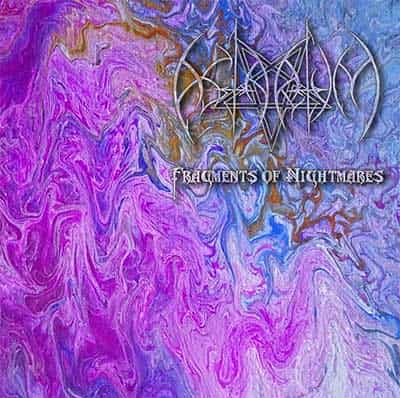