On doing research on this band I found out this album had actually been released back in 2012 and has been reissued on 12 inch vinyl hence the promotion. So if like me you never heard this before read on.

Auroch are a three piece from Canada which play death metal on that dark bordering on black metal in the vein of Angelcorpse, Incantation and so on. Whilst not exactly unique in their approach their delivery is superb. This is 35 minutes of solid death metal that’s dark and gnarly. There are some subtle melodies running throughout out on tracks such as 'Slaves To A Flame Undying' which just adds to the sinister edge the album has.  On tracks like 'Dregs Of Sanity' there is just this morbid impending doom that runs through the songs, its awesome! Album closer 'Tundra Moon' could easily have been on one of Deicide’s early albums.

With this reissue now is the perfect time to rediscover this little gem if it past you by as it sounds as fresh and relevant as anything being released this year. I’ll definitely be checking out their other material also. 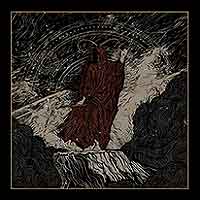