The polish band Banisher, formed in 2005, is again with us with its third album “Oniric Delusions”, a great example of death metal well done. Banisher has influences from some styles within the death metal genre, and we have to add modern elements from modern extreme metal, and especially the technical death metal, with aggressive and melodic parts. Other parts are pretty hard and heavy, with tempos to non-stop headbanging, a band to consider, maybe they have not the name of its big brothers from Poland, but I am sure they will get its place.

Musically they are great musicians, one of them is the bassist of Decapitated, and others have played with bands like Hate, for example. The vocals are aggressive, with a good tone for death metal, and what to say about drumming, of course an intense playing in every track.

The album start with 'Axes To Fall', that is a ultra fast technical death metal, and some parts of modern metal. The next 'Human Factor' reminds bands like Meshuggah, or new Decapitated, a lottle groove touch and modern metal, and a great solo at the end. 'The Iconoclast' could be a Suffocation song, it has the intensity and the brutality of the new yorkers, and similar in style, and similar to Cerrito´s songs for Hate Eternal in its first album, with a melodic riff at the end. Like post rock, and a very good solo, the work of guitarist is awesome. 'Notion Materialized' a heavy song with a powerful riff, in the way of new Pestilence, and the fast parts in the wave of Hate Eternal, you know, we are in front of a good band, the slow riff is wonderful. 'Synthetic Euphoria', a modern death metal track, with some brutal fast death metal parts, as previous songs in the wave of bands mentioned. 'Confront The Mass', a good song, in line with previous, a little melodic this one, and technical of course. 'The Fatal Parable Of A Certain Mercenary', a long title, a song that is in other way from the others, more melodic, even other style, but is curious that it fits in this band and album. I know that is a paradox, ok.

Well, I have to say that is a very good album, it sounds perfect for this genre, all sharp, good songs and good musicians. Listen to them, they worth. 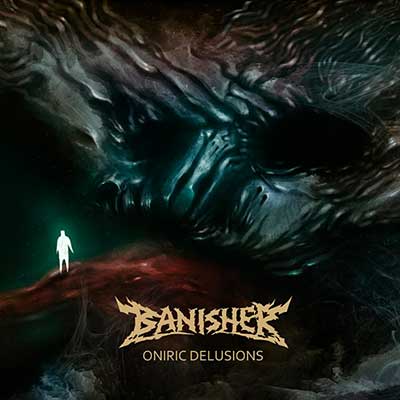