This well-established Spanish death metal band has a slew of releases out in the last decade or so that have not caught my attention which I will rectify after this fourth album landed on my listening pile recently. The quintet that make up this band has seen fit to furrow their death metal with a slight blackened edge as the album opens with 'Multiple' and immediately the album deluges the listener with an oppressive barrage of bass that saturates with a doom death aura. As the track unfurls it increases the velocity and intensity but lingering in the background are hints of melodicism, with semi acoustic passages adding considerable drama.

With hundreds of bands vying for attention in this field getting ahead is not easy but what the band does extremely well is integrate subtleties into their song writing that you notice immediately such as the Necrophobic like tendencies on 'Beyond The Threshold'. The thrusting riff barrage is extremely catchy, possessing brutality linked to sumptuous lead work. That flows cohesively into 'Reincarnation' which has a superb start with its bass and drums impetus. Again, the incorporation of serene gentle components enable the song to be conspicuous and thoroughly enjoyable and it is these aspects that I particularly enjoyed about this release as a whole.

Another facet of this album is the ever-changing tempo fluctuations which seem to glide from one to another like on a cushion of air as 'Path Of The Soul' begins beautifully with its sorrowful melody, which you know is going to be obliterated as the song is awash with riffs. 'Fourth Dimensions' is a beast, a pounding track with a heart of gelatinous death metal blood as a grating riff slices into the song. The riff break sees the tune speed up slightly before it dives into a crevasse and drops the pace down to a slithering crawl.

This album is about contrasts, be it rampant blurring annihilation or skulking ominous sludge to aggressive in your face slashing ferocity or poignant tranquil phases making the album extremely varied, dextrous and ambitious and one you should definitely investigate. The album has a couple of reworked tracks from older albums tagged on the end as bonus tunes as well. 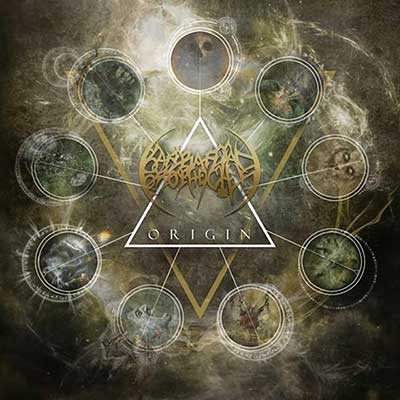