Barbarian Prophecies dispell any notions of 'viking metal' with their groove laden death metal, despite their name. While their lyrics surround the topics about glory of death and war, their approach is more along the lines of Dismember and Torture Killer than anything viking related, such as Amon Amarth. The first thing listeners will notice is that it is slow, but not doom metal slow. The music mostly chugs along with their second album, 'Remember The Fallen,' and may even seem boring at certain moments; it is because of this slowness that fans may be put off. However, the power of the vocals which are crystal clear thanks to the production offer all the brutality and aggression that fans may feel is missing from the pace of the music. From the opening track, "Rotten...," fans can tell that this isn't typical death metal thanks to the melodies intertwined in the riffs and the lumbering beast that is the track altogether.

The guitar production is indeed fuzzy, much like Sweden's Dismember's music, but not so much to blot out everything. Even the bass seems like it can be heard pretty clearly at times, which is a rare ocassion for death metal since everything is chugging or blast beating so damn fast. It is a nice change for once. Tracks like "Voices From Beyond" certainly have a melodic death metal feel to them and is probably the highlight of the album overall. It is a bit faster than the others and tends to lean towards the typical blast beat, but still works wonders in showing off the band's musicianship. "Neverending Winter" is a repeat from their first album which was released in 2009; there doesn't seem to have been much done to it to change it but it still feels slightly updated, like less of the demo quality that was on the original.

Perhaps the most experimental and standout track of the album is the acousstic and haunting "Tomb," which even seems like it has an eastern feel to it as the guitars chime away with the bell tolls and cello. It is dark, ambient, and a great closer for the album. Any fan of death metal should certainly give this a shot once it is released in mass on a label because it is Barbarian Prophecies' best album to date. Old fans have probably been hungering for it since its conception; new fans will be lucky to stumble on a death metal gem. 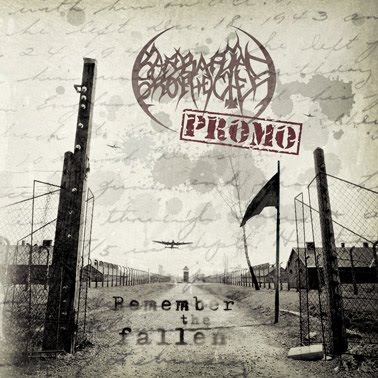