"XIII" is the third album from Barbarian Prophecies, first thing you need to know is it's a huge album! Hitting just under the hour and 10 minutes mark it's a huge hog roast of an album you'll enjoy all of it but you'll want to leave it a while before revisiting. This by no means a bad thing. An album with this length and depth just needs a bit more time spent on it but it rewards repeated listens and it's time well invested.

Barbarian Prophecies play death metal in it's classic form. The sound of this album brings to mind the late 90's when death metal was a dirty word. Think classic Morbid Angel, Benediction or later bands such as Vital Remains. It also has a good balance in terms of tempo and style, what time they spend shredding they will spend just as much on groove and slow paced dark parts to keep you head banging a perfect example is 'Towards Nowhere' an awesome track. There are also nice melodic sections thrown in from time to time to break things up nicely such as tracks like 'Into The Infinate Void' which has a great dark atmosphere and is just crushing, it brings to mind something by Immolation. 'Embrace Of Insanity' is a scorcher but the albums highlight is the epic 'Nine Days Of Storm'. There is some great lead work also from the guitarist trio Art Bunz, Oscar Besteiro and Oscar Jumpin. Some widdly parts but they don't other do things on the technical side. Vocalist Kike Rodriguez has a great range he has growls that come straight from hell to tortured screams, Think Glen Benton or Ross Dolan.

It pretty much does what it says on the tin. It has everything you want from a death metal album and there's plenty here to enjoy. It can be an over egged pudding at times, some songs are a bit repetitive and it would benefit from having a bit of fat trimmed here and there but that aside a great classic sounding death metal album. The band would benfit immensely from getting their next album produced by Eric Rutan, he would love them! 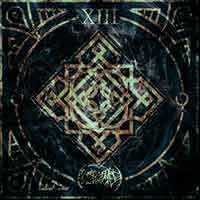