Japan shows your force in the Metal. Barbatos is the name of the band and Thrash Metal is your style. This a project servant in 1996 for Yasuyuki of Abigail (Japanese), those Japanese ones detonate everything with your Thrash Old School and of plenty attitude. The new album calls himself Let's Fucking Die! the same has an excellent layer, a woman in an exciting position. The sound of the group is completely dirty with you influence of Punk, Crossover in the best style D.R.I. Their letters talk about sex, war and other more things, the riffs are quite simple, however great. The guitar soils are totally sporadic, he neither does with that nor let us worry about production, execution, composition. I hope the next album is as good as this! 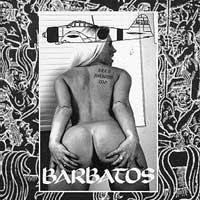