Bastard Priest - Under The Hammer Of Destruction

Straight from the bowels of hell come Bastard Priest's first full length release entitled "Under the Hammer of Destruction". Combining elements of speed metal, thrash, and punk this duo pummels the classic death metal scene in the vein of early Death, classic Entombed, and Autopsy.  With unbelievable speed and screaming guitars, these guys blast the listener full force. You will not find lengthy complex guitar solos or technical drum solos on this release.  What you will find is brutal, blazingly loud metal with hints of melodic and darkly atmospheric riffs.

There is amazing variety yet simplicity on this album and the speed is absolutely mind blowing. "Power of Death" is nothing short of full throttle speed. While the album as a whole is not particularly intricate, this song has some nice complexity mixed in and is easily the best song on the album. Whereas, "Visions of Doom" features a more thrash/punk sound and is quite simplistic in nature.

However, don't let the simplicity fool you. This album has great variety and keeps the listener engaged with its extreme speed and hints of melody. It's hard to believe this extreme sound is coming from a duo. These guys have got the classic death metal sound right. Overall, this is a great album not only for fans of classic death metal but for fans of speed metal and thrash. 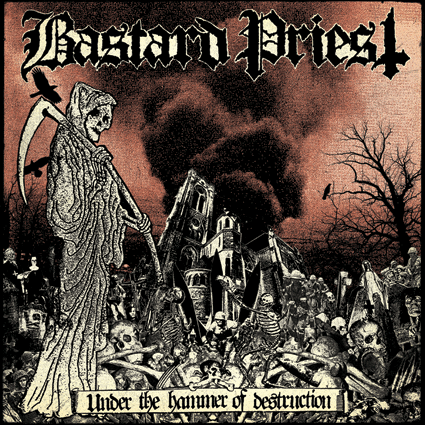