Epic metal from Greece. Battleroar is releasing their 4th album and now on Black Lotus Records. After rather a dull intro (which actually should somewhere halfway the album) tempo is going up with a real headbanger caled Vampire Killer. But after this the tempo is going down with mid tempo and even slow parts. Clean vocals which could use some intonations and more varity. Lyrically it is all about the standard topics of swords, steel and war. Songs are very diverse in tempo and melody and for the true epic fans it will be a nice album. But for me I expected some some power and fightspirit as mentioned in the bandname and lyrics. 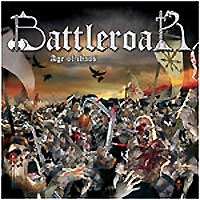