Be'lakor - Of Breath And Bone

'Of Breath And Bone' is the third effort from Australian Melo-death outfit Be'lakor. Following a similar path of previous albums, the band still sounds like a combination of Scar Symmetry meets Dark Tranquillity with the growling vocals (no clean ones though) and the intesity of the riffs which balances between Prog (due to acoustic sections) and Metalcore and Power Metal with touches of Death Metal. Tracks like "Fraught" have a wonderful contrast between the evil sounding vocals and yet the upebeat, inspiring tone of the music that surrounds them which will certainly live up to Melo-death fans' expectations perfectly. Even the brief acoustic "To Stir The Sea" includes some nice touches and serves as the album interlude for those who may consider the intensity of the music a bit too much to constantly listen to. And that is a bit of a downfall of the album: the intensity of the monotony of the music at times.

While Melo-death fans will love the musical arrangement of tracks like "The Dream And The Waking," for the average listener they have probably been introduced to the genre through Swedish Gothenburg acts like In Flames, Soilwork, and Dark Tranquillity, all who at this point have evolved to almost more of a Modern Metal/ Alt Melo Death type of music with plenty of clean vocals and ambient sections. Be'lakor certainly fulfills the ambient and melodic parts but as far as the vocals go they can eventually sound like a one trick pony with the monotone of the bellow. If one can stand such a style for long periods of time (some tracks can last up to nine minutes) then there shouldn't be a problem at all. Eight to nine minutes is quite a bit to sit through, but Be'lakor do their best to keep the music constantly changing so one cannot play track one and then eight and think they are hearing the exact same thing and feel they can afford to skip it. Crushing, beautiful, inspriring... these are the things that describe 'Of Breath And Bone' and it is certainly worth looking into for those who love the grunt despair in the vocals but aren't quite looking for a Doom laden atmosphere and seek something a bit more upbeat, but still ferocious. 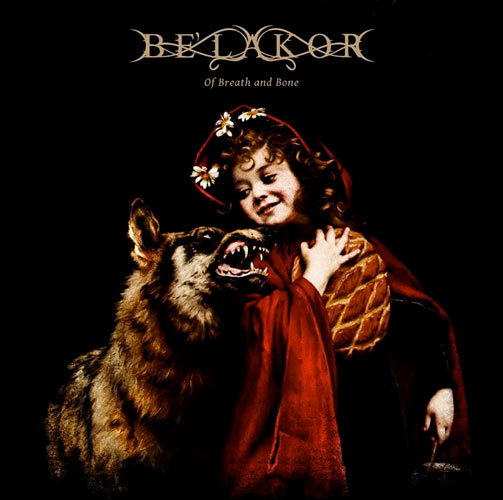